Two Detroit businesses that shouldn’t have even been open were shut down after shootings led to investigations.

DETROIT (FOX 2) – Two shootings outside Detroit businesses lead to investigations that resulted in them being shut down.

“As Chief White talked about with his Five Point Plan accountability from venues, they brought us in, and we took a look,” Detroit Police Deputy Franklin Hayes.

The city shut down Taste of Nigeria and Big Mouf Hookah Lounge after shootings a month apart outside the businesses on Livernois just south of Davison.

“One was critically injured, again a long road to recovery, and unfortunately the other victim lost their life,” Hayes said.

A man was shot in August after a dispute between people at the hookah lounge and the restaurant next door. Then, in September a woman was shot and killed while attending a birthday party at Taste of Nigeria. Police said she was outside the eatery with a group when a man walked up from the alley and shot at the crowd.

Read: Woman shot and killed on Detroit’s west side

While investigating, police learned that the restaurant and hookah lounge had no business being in business. 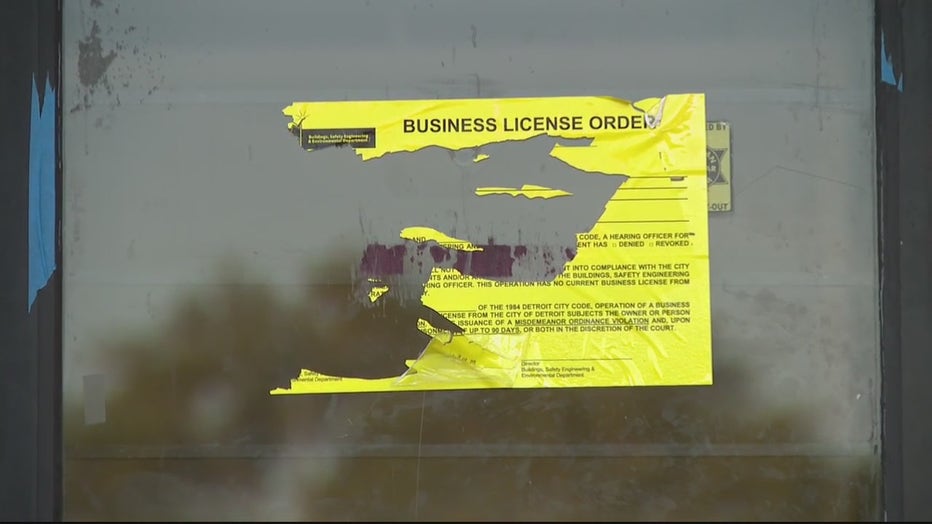 “So, this business right now is illegally operating. They do not have a current business license nor does the property have a CFC (certificate for compliance). That building is not zoned for him to be operating. It is basically retail on that stretch of Livernois,” said Jessica Parker, the Chief Enforcement Officer with the Detroit Buildings, Safety Engineering, and Environmental Department (BSEED). “Some people might say, ‘Well it doesn’t matter, I can just do this, I’m not hurting anyone.’ But then can tend to grow and people can take that inch and go a whole foot, and now you’re operating this way and you can potentially cause harm to the public.”

BSEED said Taste of Nigeria will be closed for at least 30 days. It isn’t clear how long the hookah lounge will be closed. The restaurant did not respond to FOX 2’s request to comment, and the lounge declined the request.

No suspects are in custody.

“Anybody that was there that night or has information, please call the Detroit Police Homicide Section or 1800 SPEAK-UP as we certainly want to bring to justice those that again caused these families pain –  in one instance a lost loved one, and the other one that’s on a long road to recovery,” Hayes said.