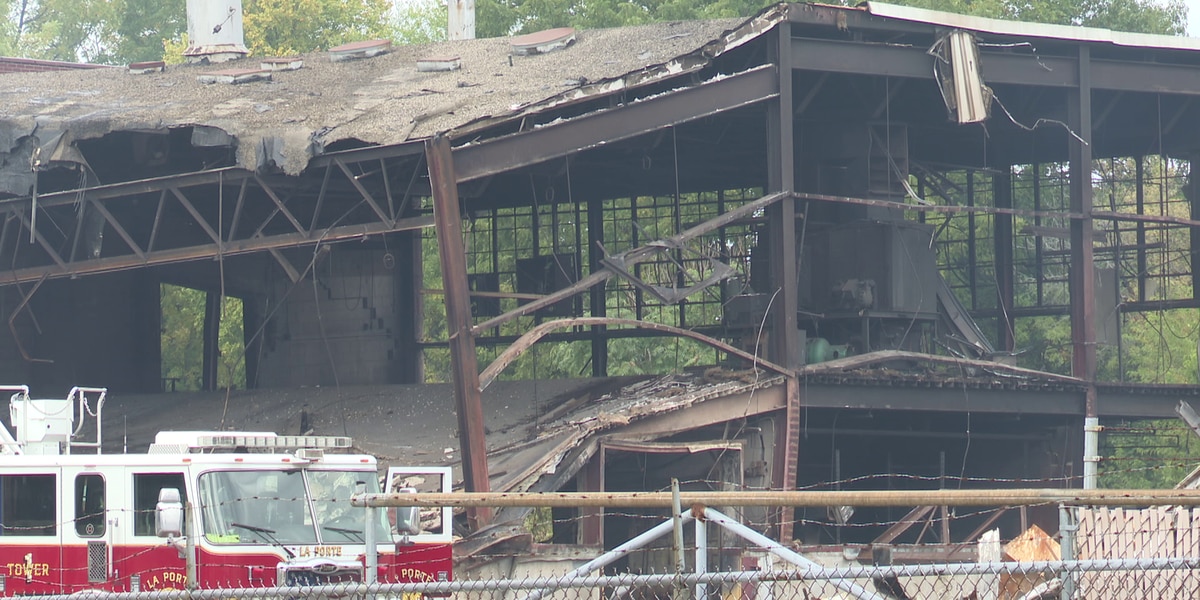 LAPORTE, Ind. (WNDU) – Even though most of the danger is gone, firefighters babysat some of the hotspots under the rubble of a LaPorte business on Thursday.

The fire chief said water still had little to no effect on the fire fueled by the hand sanitizer that was being stored in the building. A lot of the hotspots that are still smoking are places where fire crews decided to simply let the fire burn itself out.

They’re keeping a close eye on them to make sure the fire stays contained.

“It was so important to protect that water tower yesterday,” said LaPorte Fire Chief Andy Snyder. “One of those buildings is right behind the water tower that still has a viable option of burning, so we want to make sure we cut that off and make sure this is fully extinguished before we leave the property.”

The state fire marshal was on scene too as they started their investigation into what could have started this fire in the first place. And while it’s too early to tell what exactly sparked all the flammable hand sanitizer, investigators are starting to narrow in on a few possibilities.

They’re currently investigating reports that homeless people may have been seeking shelter in and around the building, but they say they don’t have any evidence of that yet.

The LaPorte fire chief also said the fire could have happened accidentally without any people being involved.

We reported Wednesday that the building did not have a working fire suppression system and there wasn’t anyone on the grounds to monitor the building, which is supposed to be a 24/7 responsibility.

This now brings a heightened sense of awareness for other warehouses in the area that could be risking a similar situation.

“This may be something we need to open our eyes with and put some oversight on,” LaPorte Fire Chief Andy Snyder. “Just people moving into the city to rent spaces, they need to meet some criteria or at least notify the city and the administration, as well as code enforcement, of their presence because this shows what happens when that doesn’t take place.”

Chief Snyder said they used more than 4 million gallons of water to try and contain the fire.

Sometimes fire crews use fire foam to out certain chemical fires like this, but they’re doing away with this tool. One of the main ingredients in this is PFAS chemicals. This not only increases the risk of developing cancer for those who come in contact with them, but they also accumulate over time and don’t leave the body.

Firefighters already face higher chances of developing cancer, so the foam is the last thing they need to be around.

There’s also the risk of the foam running off into the groundwater which can cost thousands of dollars to clean up. And if it isn’t, it can lead to serious cancer risks for those living nearby.

“A lot of times it’s just better to get everybody to safe place, get them evacuated, and just let the product burn,” explained Steve Jones, Indiana State Fire Marshal. “Adding things to the ground contaminates the ground. So, looking at how we fight these fires in the future needs to be based upon the environmental impact it’s going to have.”

Since the start of this year, this free program to safely dispose of firefighter foam has already eliminated roughly 20,000 gallons of the stuff from nearly 150 Indiana fire departments.