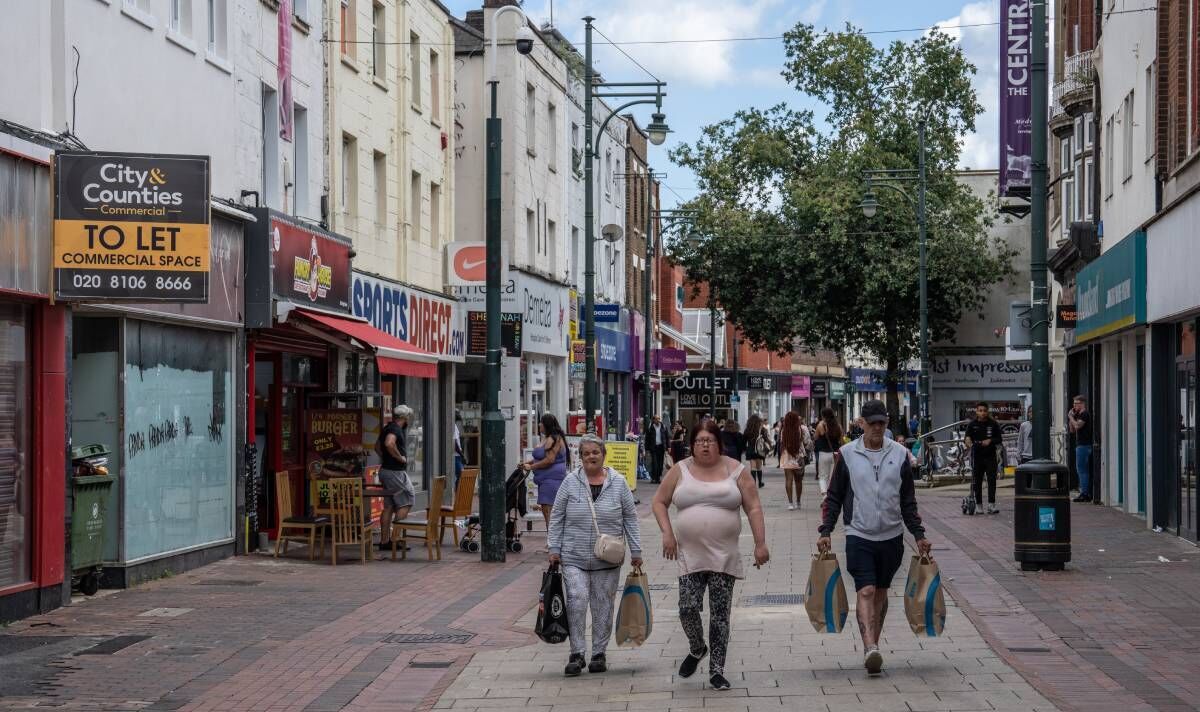 Yet because of rising prices, that masked an even bigger fall in volume sales – the actual amount of goods bought.

While not exact, the figures suggest sales by volume have slumped by around 10 percent year-on-year.

Helen Dickinson, BRC chief executive, said: “Sales volumes are falling to a rate not seen since the depths of the pandemic, as inflation continues to bite, and households cut back spending.

“Discretionary purchases were hit hard, especially white goods and homeware, while consumers also traded down to cheaper brands in food and nonfood alike.”

According to the data, food sales by value in the three months to June increased by 2.2 percent, boosted by the Queen’s Jubilee celebrations.

But non-food sales over the same period fell by 3.3 percent. Shop sales continued to increase at the expense of online, which saw a surge during the worst of the Covid crisis, when big chunks of the high street were shut.

But most, if not all, of that is likely to be due to rising prices – inflation – with the amount spent on petrol and diesel up by nearly a quarter.

Spending on “non-essential” items was 7.1 percent higher but down markedly from 11.6 percent in May.

Despite restrictions easing and people returning to shops, it said clothing and electrical goods were among items where online sales had remained higher than before.

Internet sales accounted for 26.6 percent of all retail sales in May, down yearon-year but up from 19.7 percent in February 2020, just before the Covid crisis struck.