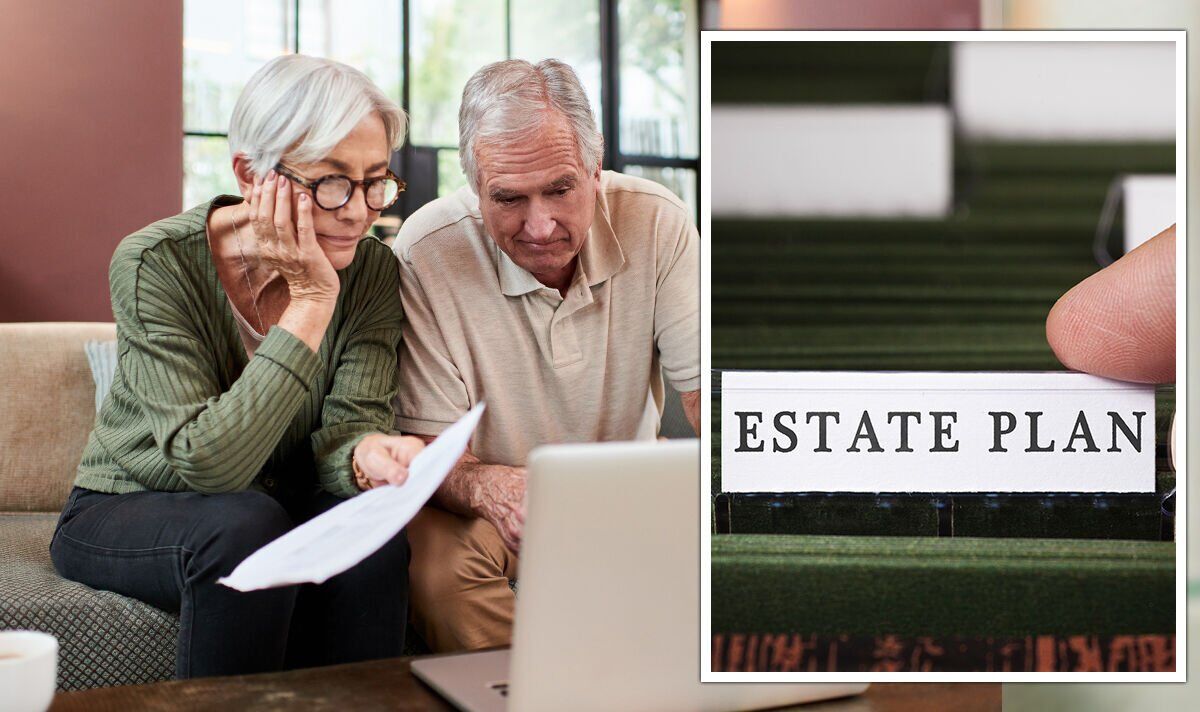 Inheritance tax liabilities have soared in the last year, with the Government raking in a staggering £6.1billion. It means IHT receipts have jumped by 14 percent year-on-year, as more people grapple with the tax commonly loathed in the UK.

Richard Bull, partner at Crowe UK, had a stark warning for Britons as they age, given the latest figures.

He said: “HMRC’s latest IHT statistics make grim reading for many families worried about the tax burden at a time when costs are already rising at a greater rate than ever before.

“Individuals aged 75 or over who have taxable estates, paid over 80 percent of the total IHT raised – almost £5billion.

Mr Moore added: “The freeze is certainly achieving the ‘fiscal drag’ it set out to, particularly given the rise in asset prices in the past couple of years since the depths of the pandemic.

“The rapid growth in house prices has no doubt played a major part in this increase.

“As a result of continually rising prices, many more people could end up having to pay IHT unexpectedly.

“While the entire IHT take is small change for the Government compared to other forms of tax, it is growing steadily and will always be in focus when it comes to the government looking for ways to plug holes in public finances.”

More people can expect to be dragged into the widening IHT net in the coming years.

However, inheritance tax has previously been described as “voluntary”, due to the fact Britons can take steps to mitigate their bill.

Some may even be able to pull themselves below the threshold and eliminate the tax burden entirely.

Ms Ryan first looked towards gifting, which can be efficient in passing wealth to loved ones without tax implications.

She explained: “Lifetime gifts are immediately exempt if they fall within the Annual Allowance (£3,000 per annum) or Small Gift (£250 per annum) exemptions.

“If you have a larger disposable income you might want to consider whether they might qualify for the normal expenditure out of income exemption which has no limit.

“Larger lifetime gifts can also be made but they do come with some rules. Mainly a seven-year clock.

“You make a gift of any financial amount but if you pass away within seven years of making that gift, then some or all that gift could be classed as part of your estate for IHT calculations.”

She also urged individuals to make a will, as without one, an estate could be subject to intestacy rules potentially resulting in a larger chunk of the estate being eaten up by inheritance tax.

Finally, Ms Ryan also suggested individuals may wish to look at the idea of trusts as these can remove wealth from the estate while still enabling Britons to have control over the assets.

These options may not be suitable for everyone, so it is important to consider them carefully before making a decision.

Primarily, it is often seen as vital for individuals to seek regulated financial advice to help them make the big decisions on their money and tax.