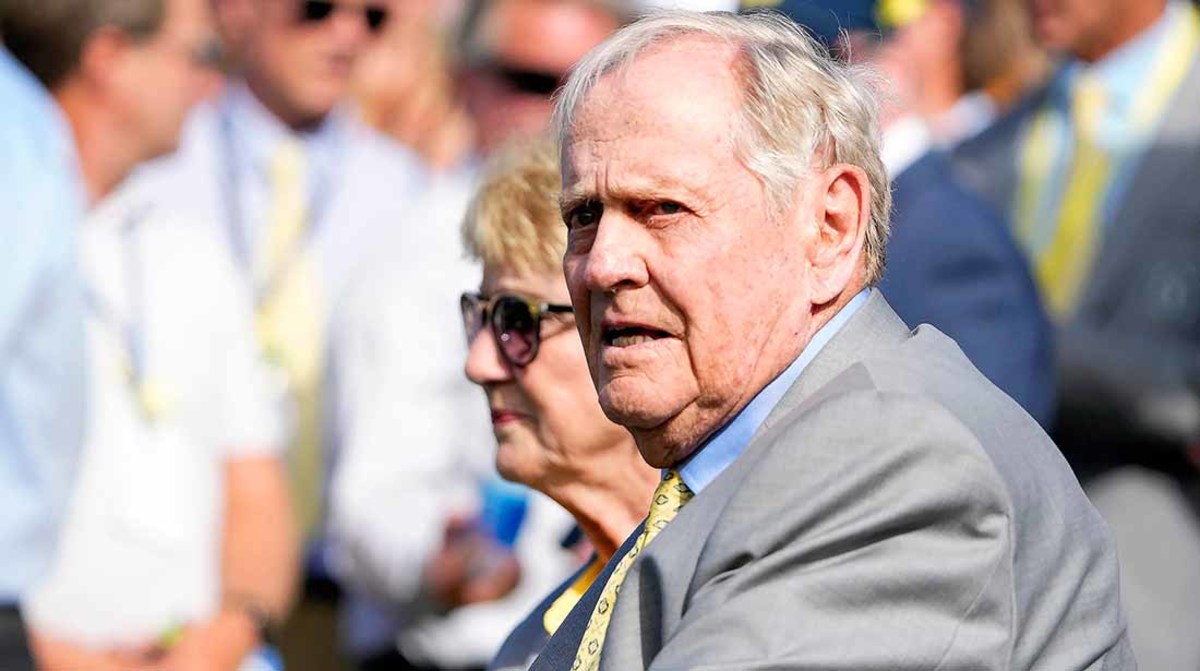 When Jack Nicklaus was sued by the Nicklaus Companies earlier this year, the question on most people’s lips was: Why?

The 83-year-old living legend had a career that will likely never be duplicated inside the ropes, with 18 major wins and 73 PGA Tour victories.

In his second career, Nicklaus succeeded with his design business, which is the crux of the lawsuit with his partner Howard Milstein, who is driving the lawsuit filed May 13 in the Supreme Court of the State of New York.

As part of the process, each side is looking for information to support its case through discovery.

On Sept. 28, Nicklaus was deposed, and, in a sworn affidavit, as part of the discovery process, provided a rare glimpse into Nicklaus Companies and his relationship with Milstein. (You can read the 31-page affidavit in its entirety here.)

Since Nicklaus was deposed there have been a few subsequent developments in the case: On Nov. 23, the court granted the Nicklaus Companies’ request for a preliminary injunction, which prevents Jack Nicklaus from signing new endorsement deals while he litigates this case. Also last month, the court denied the defendants’ (Jack Nicklaus and GBI Investors, Inc.) motion to dismiss the lawsuit.

Below is a summary of Nicklaus’s affidavit. Howard Milstein has submitted an affidavit, which you can read in its entirety here. John Reese, vice chairman and ex-CEO of Nicklaus Companies, also submitted sworn testimony, which is here.

The beginning of Jack Nicklaus’s relationship with Howard Milstein

He hired a group of advisers to value his burgeoning design business, in which he had been involved since the mid-1960s when he provided input to Pete Dye on a course in the suburbs of Columbus, Ohio, that would eventually be named The Golf Club.

The advisers evaluated and eventually valued the design, trademark and endorsement business at roughly $296 million.

“I wanted my family to retain control of those businesses during my lifetime and beyond, so I decided to monetize a little less than half of the value of the businesses as part of estate planning for the benefit of my children and their families,” Nicklaus said in his affidavit.

By hiring advisers to help sell a minority share (49%) of his companies, Nicklaus hoped to find a partner who would help the company grow beyond where Nicklaus had taken it.

Emigrant Bank, an entity owned and controlled by Howard Milstein, was one of the potential prospects.

Nicklaus worked closely with his lawyer Jim Schnare to put a potential deal together between Nicklaus and what would be known as Nicklaus Companies, LLC.

The new company would take basically all of Nicklaus’s course design, trademarks and endorsement businesses, plus some smaller companies, and bundle them up and sell them to the new company, of which Nicklaus would own 51% and Milstein 49% through his Emigrant Bank.

Nicklaus would receive $145 million in cash for what he called estate-planning purposes and 51% equity interest in the new company.

Emigrant Bank would supply the $145 million through a loan to the company, which bore interest of 8.5%, and it would have the right to convert that loan to a 49% equity stake in the company.

“My understanding of the cash flows going forward was that the first $12.325 million of the company’s net income each year would go to Emigrant Bank to cover interest, and GBI [Golden Bear International] would be entitled to the next $12.835 million of net income, so long as the loan wasn’t in default,” Nicklaus said explaining his understanding of the deal terms. “I also understood that if the company did not have enough net income to pay Emigrant all of the interest due at any point, the company would issue PIK [payment in kind] notes for the unpaid amounts, which would bear interest at 8.5%. I obviously did not understand or foresee what that would lead to over time.”

PIK is part of the higher math of financing, not for the faint of heart but something that would have clearly been in Milstein’s bailiwick as a graduate of Harvard Law School, a successful financier and owner of Emigrant Bank.

After the original payment to Nicklaus of $145 million in 2007, he received no additional participation of profits from ’07 to ’12.

Nicklaus also received a salary starting in 2007 and every subsequent year, including in ’22, totaling $8,932,700 over the term of his relationship with Nicklaus Companies.

Soon after the deal was signed and money transferred in 2007, the economy shifted into what was eventually known as the Great Recession.

The deal would never be what Milstein or Nicklaus foresaw, and the finances of Nicklaus Companies would continually run below projections, which would require additional financing and eventually control of the company going from Nicklaus to Milstein.

Milstein, in his affidavit, did not sound overly bothered by the company’s finances.

“Throughout its existence the Company has always had sufficient operating funds available to it. There are no liens or judgments against the Company for nonpayment of debts to any employee or vendor. The Company is well financed, and its expenses are more than covered by its revenue. I have made sure that was always the case because I believe in this business and am committed to the success of the Company,” Milstein said.

Nicklaus’s affidavit continues: “By 2011, GBI and NFD [a membership reciprocal network of Nicklaus-designed golf courses] had no real equity in the company, as the Class A Units were underwater by a lot. Howard used the company’s poor financial condition to obtain a majority of seats on its board of managers, which gave him control over the company’s board and operations.”

Nicklaus had a year left on his original employment agreement he signed in 2007 and, with the poor fortunes of the company, was looking to terminate his employment and let his five-year noncompete run out so he could be free of the company by ’17.

“Howard subsequently asked me not to terminate my employment and instead give him the opportunity to turn the company around in the wake of the recession,” Nicklaus said. “I felt that was the right thing to do, so I agreed to accept what became known as the ‘Employment, Governance and Control Agreement.’”

The agreement changed Nicklaus’s compensation, tying it to the company’s revenue from design and marketing projects.

The new agreement also gave Emigrant Bank governance and control of the board of managers and made Milstein the board’s co-chairman.

It also gave Milstein the controlling vote of all major decisions.

“Once Howard had permanent control of the company, he acted as if he owned me,” Nicklaus said in his affidavit. “He tried to control every aspect of my life, from what I did, to whom I spoke with, to where I went, as if I was his property. I always tried to be respectful, but there was no respect in return. I also tried very hard to make the relationship work, but it became increasingly obvious that I had aligned myself with a person who didn’t respect me as a human being.”

Nicklaus tried to buy Emigrant Bank out but was rebuffed by Milstein, and in 2017 Nicklaus terminated his employment effective June 1, 2017.

“I had just had enough, Nicklaus said. “I had enjoyed a successful career both in professional golf and the design of golf courses, and I had earned the respect of many throughout the world. I had turned my success in sport into success in business, and then I ruined it by allowing Howard to invest in that business. I did not want to be under Howard’s control any longer. So, I decided it was time to end my employment with the company and begin the five years I needed to serve before I could design golf courses and endorse products on my own again.”

After letting the company know of his intent to terminate his employment, Nicklaus said Milstein tried to change Nicklaus’s mind on two different occasions, but none of the proposed agreements worked for Nicklaus, and he terminated his employment on schedule.

During the five years between 2017 and ’22, Nicklaus provided services for the Nicklaus Companies and was compensated for his efforts.

All along, Nicklaus believed the five years of noncompetition would allow him to get back to design work under a new company.

Nicklaus said that he and Milstein would often discuss potential arrangements that would bring Nicklaus back into the fold, but nothing worked.

At the same time, Nicklaus was becoming frustrated with the situation. Then came the straw that broke the camel’s back.

Scott Tolley covered Nicklaus at The Palm Beach Post from 1989 to ’97.

In May 2018, Tolley would leave the Nicklaus Companies and handle Nicklaus exclusively until February ’22 when Tolley left Nicklaus’s employment.

“The straw that broke the camel’s back occurred earlier this year, when Howard set his sights on Scott Tolley, an employee and friend of mine who had been assisting me with my commercial and charitable ventures for decades,” Nicklaus said. “Howard announced that the company was going to sue Scott in Florida for engaging in tasks on my behalf, essentially trying to limit my rights indirectly. He demanded that Scott sever his relationship with me, which was an attack on me and a further effort to control my life.”

On May 3, 2022, Nicklaus in a letter to Milstein resigned from all board offices and directorships and notified him that he had filed for arbitration on his behalf as well as Tolley’s.

Oddly, Nicklaus said the company still asked whether Nicklaus would work on existing projects, and he agreed, all while, according to him, the company drafted a lawsuit against him.

“On May 12, 2022, I received a follow-up email from Mr. Nicklaus through his assistant, Rose Garrido, that indicated that Mr. Nicklaus was ‘willing to continue to do what is necessary to meet commitments I made for projects and endorsements preceding my letter of May 3, 2022 and the commencement of arbitration,'” Reese said.

Once the lawsuit was filed and statements were made about Nicklaus’s discussions with the new Saudi golf league, Nicklaus was still working on existing projects but not through the company.

Nicklaus has fielded inquiries on both design and endorsement possibilities but is in a holding pattern—a Manhattan judge ruled on Nov. 23 that Nicklaus can’t sign new endorsement deals until his lawsuit with Nicklaus Companies is resolved.

“Howard claims that I cannot use my own name, image, or likeness in connection with commercial ventures in which I am involved in the future,” Nicklaus said in his September affidavit. “I don’t see how that can be right, but at this point I haven’t made any decisions as to branding.”

After the Nov. 23 ruling, a spokesperson for Nicklaus Companies said it still hopes to reach a settlement and that the company “continue[s] to have great admiration for Jack’s accomplishments and legacy.

“As we have said from the beginning, our goal in this action was to have the court sort out the legal responsibilities of the parties so that there is no confusion or misunderstanding going forward,” the spokesperson said. “We believe this is a step in that direction.”

At 83, Nicklaus is near the end of a fabulous career, which he wishes to extend a little while longer.

“I went from being the company’s owner to being a disrespected employee. I made a deal that I thought would allow me to continue controlling the business I had built, but it did not work out that way,” Nicklaus said while concluding his affidavit. “Howard made a deal too, however and that didn’t include ownership of me for the rest of my life.”

Editor’s Note: This story has been updated to reflect new information on the status of the Nicklaus v. Nicklaus Companies lawsuit.