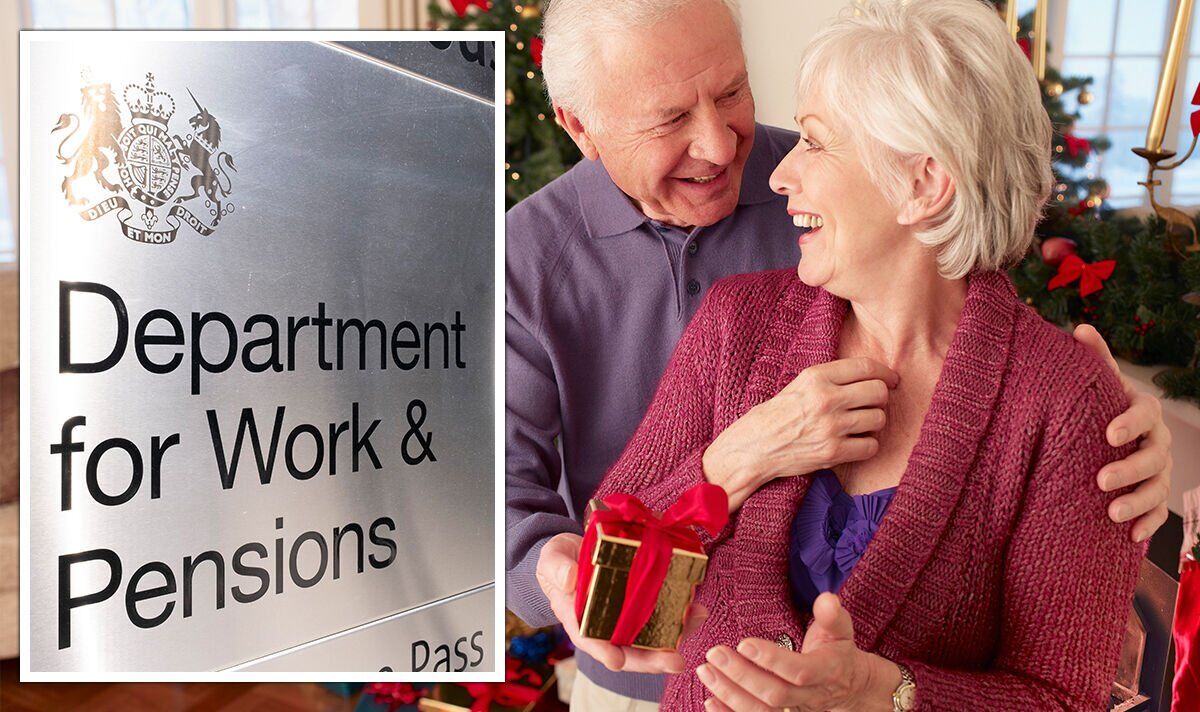 The Department for Work and Pensions (DWP) confirmed the £10 Christmas Bonus given to those who get the state pension or claim another qualifying DWP benefit will be paid from Monday, December 5. The Christmas one-off tax-free payment is made to help people with the added costs of the festive period. The DWP confirmed yesterday the payment would be made in the first full week of December.

It won’t be made on just one specific day, but throughout the week so people should continue to check their accounts.

In a statement, the Department said: “It will be paid in the first full week of December. So, throughout this week, people will receive their payment. It is paid automatically, so nobody needs to claim it.”

There are 20 benefits which made someone eligible for the Christmas bonus and they must be claiming it during the “qualifying week”.

The benefits which get the Christmas bonus include Attendance Allowance, Pension Credit, Personal Independence Payment (PIP), and Carer’s Allowance.

READ MORE: Pensioners could get ‘lifeline’ payment worth up to £370 per month

The “qualifying week” of the 2022 Christmas Bonus payment is this week, beginning December 5 to December 11.

To qualify, as well as receiving one of the benefits listed below, people must also be present or “ordinarily resident” in the UK, Channel Islands, Isle of Man or Gibraltar during the qualifying week.

If someone is part of a married couple, in a civil partnership or lives together, both will get the cash bonus – as long as both are eligible.

If someone’s partner does not get one of the qualifying benefits, they may still get the Christmas Bonus.

This could happen if both partners are over the state pension age by the end of the qualifying week and if they were also present in the UK, the Channel Islands, Isle of Man, Gibraltar, European Economic Area (EEA) country or Switzerland during the qualifying week.

The DWP confirmed that both of these reasons must apply in order for them to qualify.

If someone thinks they should get the bonus but have not, the DWP recommends they contact the Jobcentre Plus office which deals with their payments or the Pension Service.

The £10 bonus was first introduced in 1972 by the Conservative Government at the time to provide additional support at a time of high inflation.

The bonus has stayed at £10 since its inception five decades ago except in 2008, when it increased to £70 to support 15 million vulnerable people during the financial crash.

While £10 was considered a large sum of money in 1972 many have criticised the payment now with many saying the £10 payment is not enough to help with the cost of Christmas today.

In 2019, the anti-poverty charity Turn2us urged the Government to increase the bonus in line with inflation, saying it should be worth around £130 now.

However, the £10 bonus would need to increase even more to meet the current level of inflation the UK is seeing right now.

Another criticism of the bonus is that it goes to all pensioners, regardless of their income in retirement and for some, £10 may mean very little.

A DWP spokesperson said: “We know that Christmas is a time that can stretch budgets which is why we offer those on certain benefits a £10 bonus and pay many people their benefits earlier than usual, helping them over the festive period.”