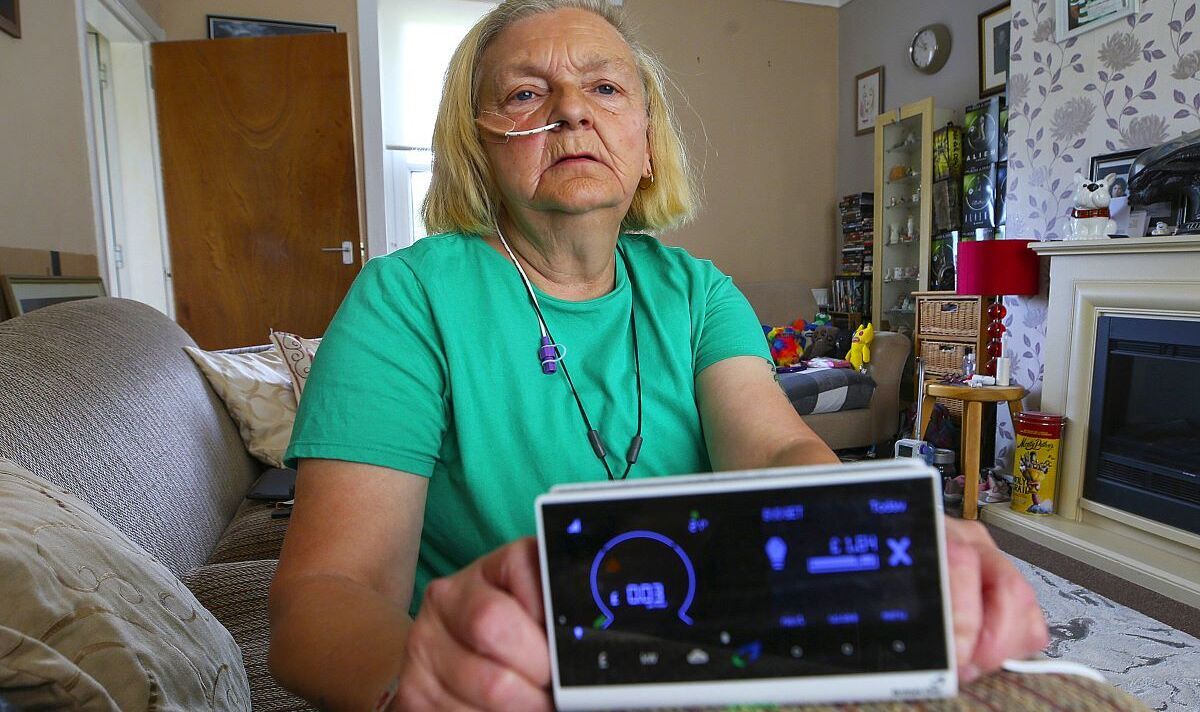 Julie Hawkins, 61, had to give up her head housekeeper job eight years ago when she got Barrett’s disease. It means she cannot consume solids and is repeatedly sick. Julie also suffers from epilepsy.

She receives £500 per month in Personal Independence Payment but £290 is swallowed up by energy, £60 on renting a mobility scooter and £24 on a TV licence.

Julie has been embroiled in a row with ScottishPower after a salesman encouraged her to switch to a fixed deal of £72 a month but her direct debit soon soared to £290. She owed the firm £1,100 – and cash went out of her bank account to pay the debt.

Julie added: “I thought I’d managed to secure a good deal, but it soon became clear the cost was much higher. I’d never have agreed if I’d known. I’ve pleaded and asked if there’s any way to reduce the cost.

“I just exist from day to day. My feeding machine is vital to keep me alive, without it I will die.”

Her partner, youth worker Stevie Douglas, 51, pays the rent on their home in Carstairs, South Lanarkshire. Julie says it’s a “blessing” she doesn’t eat, as it helps keep their living costs down.

ScottishPower said: “We understand her frustration and regret the distress caused but her bills are accurate and based on her actual energy use.”