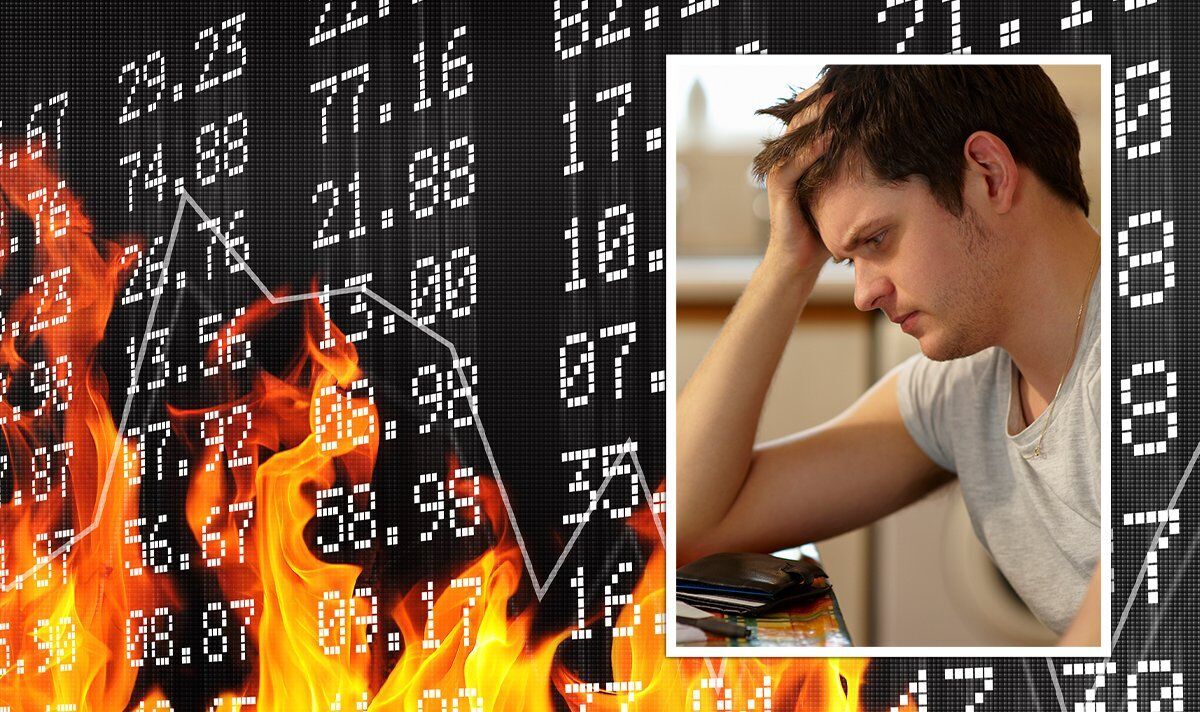 Households across the UK are anxiously preparing for a recession as inflation and energy bills continue to soar. The rate of Consumer Price Index (CPI) inflation rose to 9.1 percent in May with families now having to pay more for everyday goods and services as a result. According to the Bank of England, current forecasts suggest that inflation will rise higher than 11 percent in October before beginning to fall back.

Latest consumer spending figures from the Office of National Statistics (ONS) have led to experts warning a recession is looking even more likely.

Notably, rising retail prices have led to changes in consumer behaviour which suggests an economic downturn is possible.

Within the past week, 62 percent of adults in Britain admitted that they had reduced spending on non-essentials due to the cost of living crisis.

Further analysis of consumer card transactions suggests inflation is having an effect on peoples’ spending which will have a knock on effect on the economy.

In the last month, specific consumer behaviour referred to as delayable spending has fallen dramatically as inflation has gone up.

This is the term used to describe spending for items and services, such as clothing and footwear, vehicle purchases and household goods.

ONS figures suggest this is an existing trend as the figures for delayable spending was already well below what it was in February 2020.

Work-related spending, which includes commuter spending on fuel, has also risen as of late to the detriment of Britons.

James Andrews, a personal finance expert at Money.co.uk, noted that the country is “tightening its belt” as inflation soars and a recession increasingly looks likely.

Mr Andrews explained: “Britain is tightening its belt as the economic storm clouds darken and wages fail to keep pace with inflation.

“In this last month, people have slashed spending on clothing and footwear, household goods and cars.

“Treats like meals out and entertainment have also been reined in as households grappling with creeping interest rate rises and a deepening cost of living crisis take sensible steps to insulate themselves.

“Large economies thrive on strong hospitality and entertainment industries, so this data may prove to be a prelude to a painful recession later in the year.”

While the financial expert cited that businesses seem to be surviving for the moment, many could be faced with unprecedented economic pressures in the coming months.

He added: “So far we’re not seeing an increase in job losses, repossessions or businesses failing.

“But if people continue to cut back their discretionary spending to pay for rising essential bills, then that’s bound to have a knock-on effect.

“With conflict in Europe still raging and gas prices threatening to go even higher, the next Prime Minister faces an enormous challenge in turning around the country’s economic fortunes.”

Julian House, the managing director of www.myfavouritevouchercodes.co.uk, added: “The existing inflation rate already presents a variety of challenges to day-to-day living, such as groceries and petrol being more expensive.

“However, a recession will be even worse from a personal standpoint. When a country’s economy falls into a recession, companies will make fewer sales and people will lose their jobs. In more extreme cases, companies can be forced into bankruptcy.

“If you’ve invested in assets like bonds, real estate and stocks, their value is very likely to depreciate and your savings will be reduced. A recession can have a very serious impact on people’s savings, even disrupting retirement plans.”