Skip to content
HomeBusinessSantander to hike interest rates on savings accounts – how does it compare with inflation? 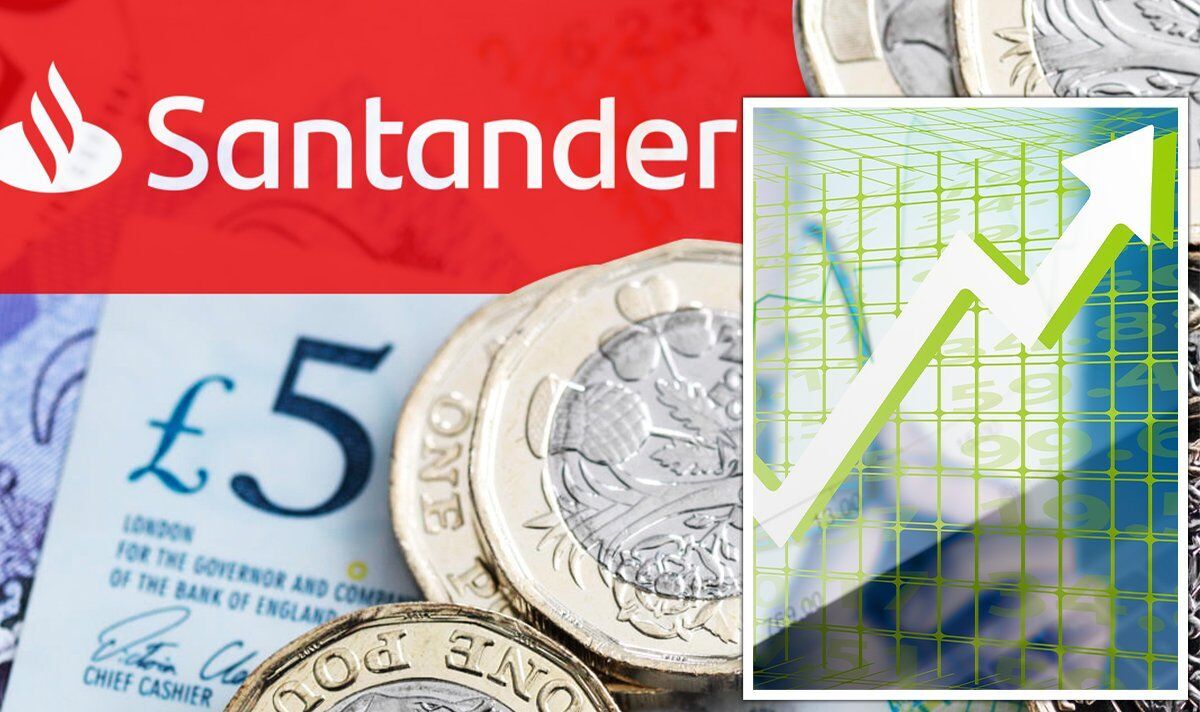 Currently, inflation in the UK is at 9.4 percent and is forecast to reach as high as 13 percent in the coming months. With the Bank of England warning high inflation will likely be a reality for the next year, the central bank made the decision to increase the country’s base rate by 0.50 percent to 1.75 percent. In light of this, banks such as Santander are passing on this rate rise to their customers to help through the cost of living crisis.

On top of this, Santander’s customers will be able to get cashback on household bills for a £4 monthly charge.

The bank’s Junior ISA will also rise from one percent to 1.25 percent from September 2.

As well as this, the Flexible Saver for Kids account will rise from 0.35 percent to 0.60 percent on the same day.

Future homeowners who use Santander’s First Home Saver account will see interest rates rise from 0.75 percent to one percent.

Furthermore, the bank’s Help to Buy ISA will also experience a rate hike from 0.75 percent to 1.25 percent.

For example, Santander’s tracker mortgage products which are linked to the base rate will rise by 0.50 percent from September 3.

Other products which will get an increase include the Santander Follow-on Rate (FoR) which will rise to five percent.

Additionally, the Alliance and Leicester mortgage products will go up by 0.50 percent from the start of next month.

Every one of Santander’s savings accounts that are linked to the Bank of England base rate will rise by 0.50 percent next month.

This also includes the Rate for Life and Good for Life savings accounts.

Despite these wave of interest rate rises, Santander and other high street banks are still unable to offer a favourable rate which can directly compete with inflation at 9.4 percent.

Derek Sprawling, the savings director of Paragon Bank, outlined what the Bank of England’s latest move means for savers.

Mr Sprawling explained: “While welcome, the new effective rate is still far below what savers could be earning on their hard-earned deposits and points to a way in which savers could potentially support themselves in the time ahead.

“Those planning for their summer 2023 could today be earning over one percent more than they can via high street providers by researching for the best deals available for their circumstances, and I implore them to invest some time over their summer break to do just that.

“While the success, or failure, of a new Prime Minister in tackling the challenges facing savers remains to be seen, a prudent course of action remains to take advantage of what is available now so that they can once again put money aside to enjoy on their next summer holiday.”