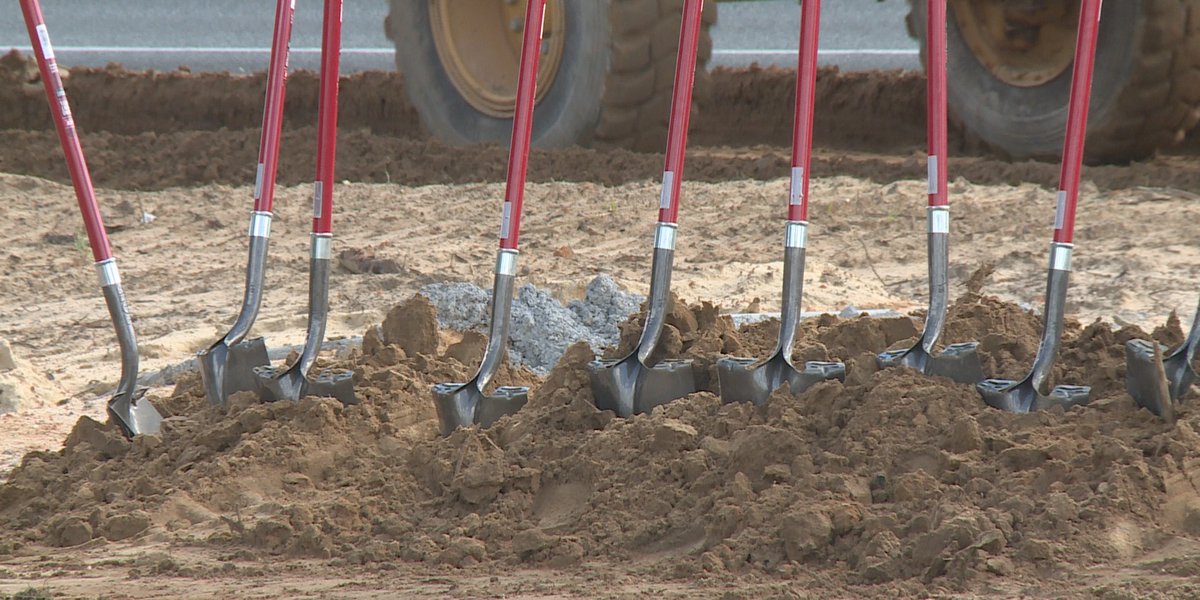 BONIFAY, Fla. (WJHG/WECP) – Building a strong economy starts with sturdy infrastructure. It’s not an easy or cheap task, especially for some of our more rural communities, but it’s one Governor Ron DeSantis is working to support. Last week, he announced $5 million in funding will be going towards infrastructure improvement projects in the panhandle.

The money is being funded through the Rural Infrastructure Fund (RIF) program, which is administered by the Florida Department of Economic Opportunity. It’s going towards upgrading water and wastewater utilities, constructing public roadways and public building renovations in Calhoun, Gadsden, Holmes, Jackson, Liberty and Washington counties.

The former Bonifay Middle School was left to rot when the doors shut in 2018. What some considered a lost cause, the Holmes County Development Commission saw an opportunity.

“What we’re trying to do is get jobs for people,” Joe Rone, Executive Director of the Holmes County Development Commission, said.

Last year, a manufacturing company from Pennsylvania decided to set up shop inside, which created 65 jobs in itself.

“The people there love their jobs and now they’re doing an expansion of like 40 more jobs and we out in for that rural infrastructure grant to help us with that school to make the changes needed to get those jobs,” Rone said.

Last week, Governor DeSantis announced nearly millions will be going towards infrastructure investments in rural panhandle communities, with just over $360,000 going directly towards renovating the school.

“We want it to be like a business incubator and we also want to, we want to get those bigger employers here as well where we can get 20, 30, 40 jobs,” Rone said.

Big employers are already buzzing in, with a new Busy Bee convenience store coming to the corner of Highway 79 and I-10.

“They’re coming to Bonifay, just below the interstate. They’re going to build their biggest location ever. Biggest in pumps, biggest in square footage,” Rone said.

The biggest chunk of that grant, a whopping $1,870,700 will pay for the water and sewer infrastructure needed to build the one-stop-shop. It will bring in $20 million in capital investment and create 120 jobs.

“We want to better the lives of people in our community and this is doing it,” Rone said. “That’s going to change Holmes County.”

The Busy Bee is anticipated to open up in 2024.

Rone said they want to hit the ground running with renovating the middle school. As soon as they get the funds, they’ll start working on the expansion.

Below is a full list of communities being awarded program funds: