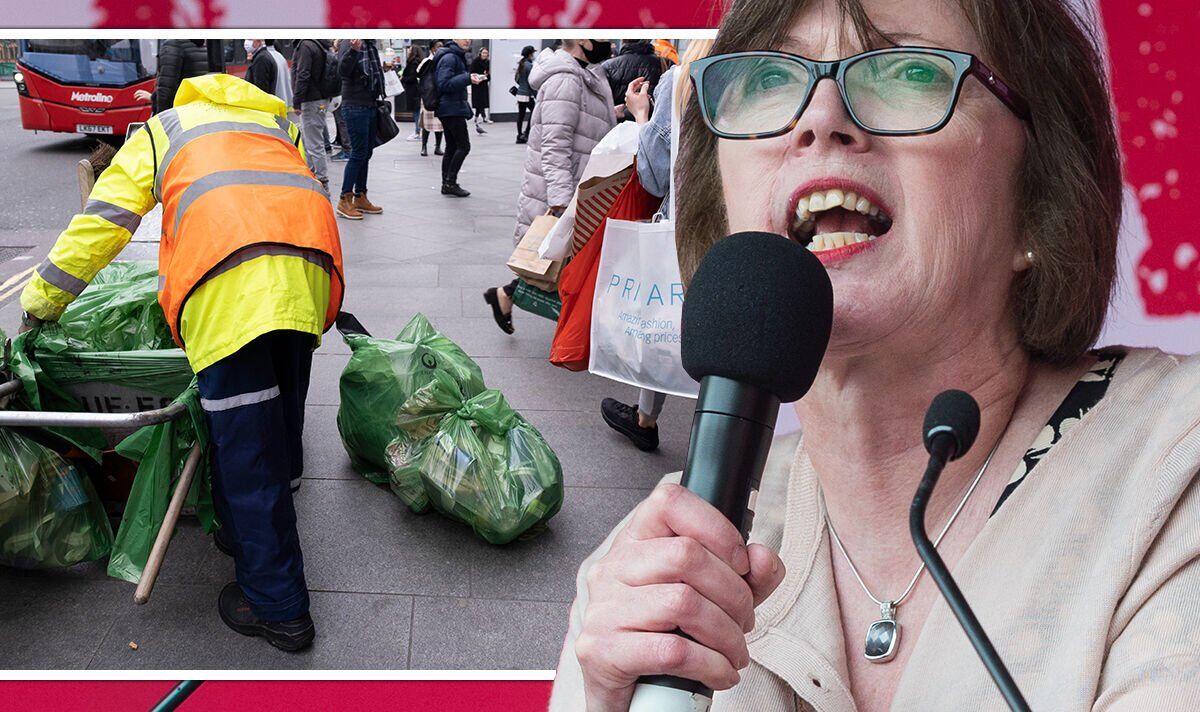 The TUC, which describes itself as the “voice of Britain at work”, has launched a campaign to “fight for £15-an-hour” to help lower-paid workers currently struggling. This would equate to a yearly salary of £31,200 for those working a 40-hour week, according to talent.com. It comes as the UK is facing an ever-worsening cost of living crisis with inflation currently at 10.1 percent with this set to increase to 18 percent early next year with money not going as far. The average person in the UK would require a £3,500 salary increase to keep up with current inflation, according to research by RIFT Tax Refunds. The TUC report said the minimum wage has been dampened by stagnant wage growth since the financial crisis hit in 2007 and 2008, and claimed the UK will see the fastest fall in real wages in a century later this year.

Frances O’Grady, general secretary of the TUC, told LBC: “We’ve had promises time and time again from Government ministers that we need a high wage economy and we agree but what we also need is a practical, sensible plan to get there.

“We believe that we should start with the national minimum wage.

“Workers who are facing huge hikes in energy costs are really worried about how to pay for school uniforms and put food on the table and we want to set that ambition with a clear pathway to £15-an-hour.

April saw an increase in the minimum wage – the largest ever – with the Government saying it was “determined to make work pay”.

For a worker undertaking a 40-hour week at the national living wage, this equates to a yearly salary of £19,760.

However, the national trade union body in England and Wales says the £15 rate should apply to workers of all ages as it calls for a “return to normal wage growth” and “an end to the longest pay squeeze in modern history”.

But the Government has warned increasing the minimum wage could lead to unemployment.

Economists warned the same would happen in 1999 when the minimum wage was first introduced, yet there has been little evidence of negatively affected unemployment rates as a result.

Speaking to Express.co.uk, Stacey Lowman, a financial coach at Claro Money, said: “With inflation currently sitting at 10.1 percent, wages are not going far for many Brits.

“The rising cost of living means most earners regardless of income are struggling to make ends meet.

“Offering a real-time wage increase will undoubtedly benefit those working in minimum wage jobs as it may provide some extra room for unexpected costs or further price hikes.”

More than 40,000 rail workers walked out in what was the biggest rail strike in 30 years over pay, job cuts, and changes to terms and conditions.

Workers at Felixstowe port are expected to strike until August 29 in what is the first dock worker strike in 30 years over fair pay.

Additionally, criminal barristers in England and Wales are going on strike “indefinitely” from September 5 – due to cuts in their income.