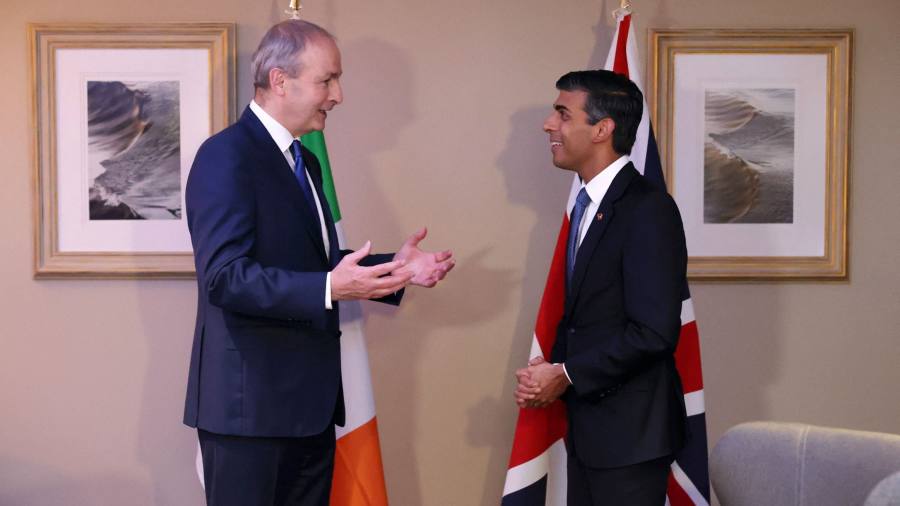 Rishi Sunak will on Monday face pressure from business to soften the economic effects of Brexit, including opening the doors to more immigration to fill holes in the country’s labour market.

The prime minister, who will deliver a speech on innovation to the CBI employers annual conference in Birmingham, will be urged to improve relations with the EU and to take the brakes off the country’s economy.

CBI director-general Tony Danker’s call will launch a fresh battle over Europe with hardline Conservative Brexiters, urging ministers to allow more migration and to boost trade with the EU.

In a speech on Monday attended by Sunak, Danker will tell Brexiters that “the best guarantor of Brexit is an economy that grows” and urge the prime minister to end the stand-off with Brussels over the Northern Ireland protocol.

“Let’s have economic migration in areas where we aren’t going to get the people and skills at home anytime soon,” he will say. “People are arguing against immigration but it’s the only thing that’s increased the potential growth of our economy since March.”

Danker will use his speech to warn that the UK’s trade as a percentage of gross domestic product was the lowest in the G7. Last week the independent Office for Budget Responsibility said Brexit had had a “significant adverse effect” on trade.

Jeremy Hunt, chancellor, said he wanted to see the “vast majority” of trade barriers between Britain and the EU removed, but did not say how that might be achieved.

His aides said deals with the EU could be struck under the framework of the existing “bare bones” Brexit deal — the trade and cooperation agreement (TCA) — struck by former prime minister Boris Johnson.

The CBI chief will also brush aside Conservative politicians who blamed Britain’s regulatory failings on the EU — a view that has led to demands for a “bonfire of red tape” to repeal the bloc’s laws.

Instead, he will say that “the biggest regulatory barriers facing businesses today are based on British laws, created by a British parliament and administered by British regulators”.

Danker will also say that businesses wanted to see a strategy to support growth, warning that Britain “can’t afford a repeat” of the past 15 years of low growth and flatlining productivity.

On Sunday, Downing Street “categorically” denied it was seeking a Swiss-style relationship with the EU after Eurosceptics claimed such a deal would undermine British sovereignty and the “freedoms” of Brexit.

Switzerland pays money into the EU budget and aligns closely with the bloc’s laws to secure access to the single market — a model rejected by Downing Street.

Downing Street said it was not prepared to make the kind of concessions made by the Swiss to secure greater access to the single market, including making EU budget contributions and aligning with EU laws.

Referring to a Sunday Times report saying senior government figures were planning to put Britain on the path to a Swiss-style relationship with the EU, Downing Street said this was “categorically untrue”.

However, the Financial Times has spoken to officials who said the Swiss comparison has been made in senior government circles in relation to trying to reduce the amount of friction to trade.

The chancellor believes that eventually the UK and EU will see the mutual benefit of lowering trade barriers, although Brussels has consistently indicated that it will not allow “cherry picking” of the single market.

Downing Street said: “Brexit means we will never again have to accept a relationship with Europe that would see a return to freedom of movement, unnecessary payments to the EU or jeopardise the full benefits of trade deals we are now able to strike around the world.”