Skip to content
HomeBusinessUK recession fears: How you can prepare and ‘fully’ recession-proof your money 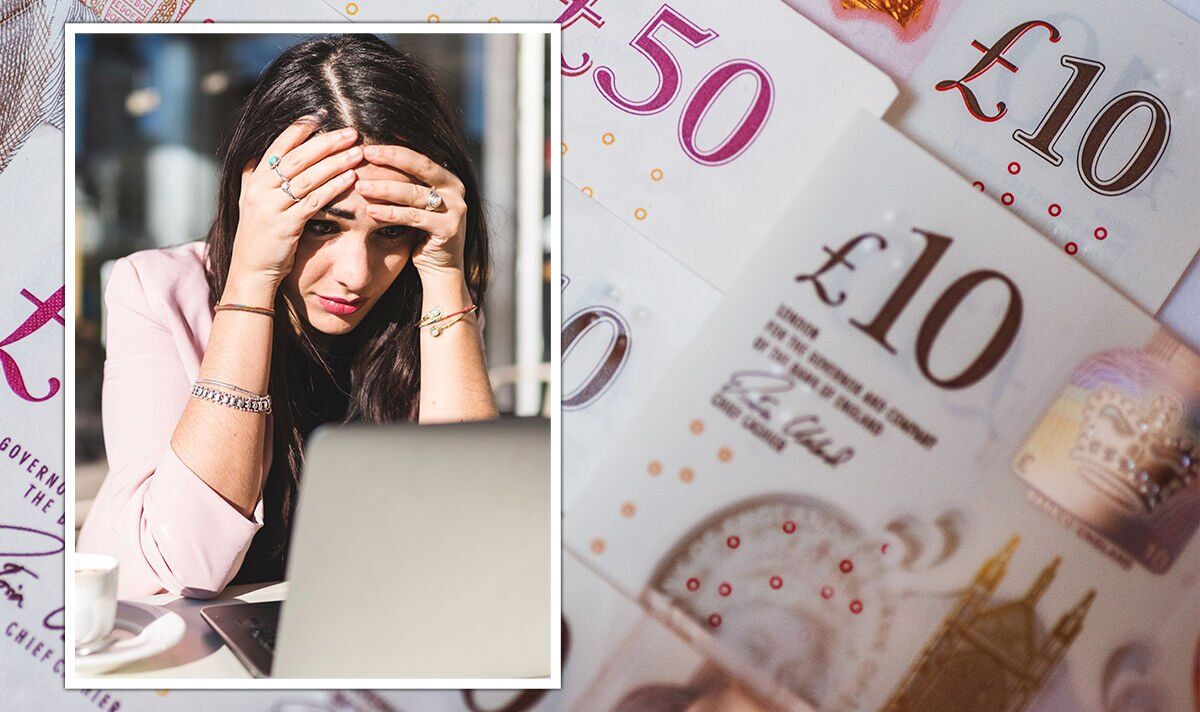 A recession is a “significant decline in economic activity” that is spread across the economy and lasting more than a few months. Recessions are normally visible in real Gross Domestic Product (GDP), real income, employment, industrial production, and wholesale-retail sales. If a recession carries on for a longer period of time, it turns into a Depression. This length of time is typically around three years or more, or when the GDP decline hits 10 percent or more.

People in the UK have been told to prepare for tough times as inflation is expected to hit 11 percent this autumn meaning that a recession could well and truly be on the way.

Amid the concerns, many Britons are wanting to take steps now in order to try to protect their finances in the next few months.

Christine Ross, head of private office north and client director at Handelsbanken Wealth & Asset Management said: “Recessions will affect everyone differently, particularly across different age groups, this means that these groups will have to act differently in order to fully prepare themselves for harder times.

“Besides the obvious, such as budgeting and cutting back, there are other things certain age groups should be considering if the UK falls into a recession.”

Ms Ross stated that for those in their younger or mid-career years, the biggest issue they most likely will face in a recession is their job security, their short-term spending, and their saving commitments and whether they can continue them or stop them.

Younger people should first take a look at their monthly outgoings and adjust them accordingly in order to make a monthly budget.

Doing this can also help people be able to put money aside as an emergency fund particularly if people do not have one now. If people budget now, then they may be able to build up a small pot of £100 to a few hundred, which they can use if they ever need a bit extra.

Ms Ross explained that a young person’s biggest saving commitment will most likely be a pension.

If people are saving or investing it will likely be through an employer-sponsored scheme and that they may have noticed that the value of this has gone down recently. Ms Ross highlighted that this may continue, or be hit harder if the UK falls into a recession.

Ms Ross stated that people should not particularly worry about this and if people have to make the decision between paying their bills and keeping their longer-term saving commitments such as pensions, then it is “very possible to their pause contributions”.

Ms Ross said: “In the majority of cases, people will be in a situation where they contribute and their employer contributes.

“If this is the case, then people can discuss with their employer the option of pausing the contributions rather than exiting completely and getting into problems.

“These savings can be picked up again and you can then make up for the loss of contributions later.”

Ms Ross recommended that before things get problematic, young people should have a “long hard look at what they’re saving”, including “how much can be continued” and “where action needs to be taken”.

She said: “If people are in a position where they do not need to adjust their spending habits but they are concerned about their savings, all I’m saying is, it’s a very, very long journey,  and this really will not look significant in years to come. So be patient with it.”

People who fall into this category potentially have a mortgage, a pension pot, savings, and financial liabilities such as home, care and life insurance.

Ms Ross said: “Those in this bracket are more likely to have something to fall back on if a recession hits however, this is the time where the house of cards could fall down if there was anything such as sickness, or death.

“If this happens at the same time as a recession then people will really take a hit.”

She first recommends that people should “take stock and review” and find out how much their life insurance coverage is.

People should ask if they were sick what the pay would be, what leftovers would there be if they did take time off, and if they can’t get sick pay then is it worth taking out something to cover sickness or critical illness.

People should also take a look at their insurance premiums to see whether they need to be paying the amount that they are on. If a person does not use their car as much then they may be able to lower their rate.

With mortgages and interest rates, Ms Ross states if a person is “concerned” then it would be better to create a situation with “certainty” so getting onto a fixed rate mortgage would be the best option even if the option can be more expensive.

She said: “No one gets on a fixed rate to beat the market and at the moment interest rates are changing very quickly.

“The rates may come down again but we just don’t know yet, the current trend is showing that they will continue to rise, and sadly there is no magic answer here knowing what you’re paying is the best way to manage and budget.”

Ms Ross stated that for those who fall into this group, the most important thing that they can do if they are approaching, or at retirement age is to “take stock” of where they are, and think about their attitude to risk within their pension and then reorganise.

This is because people in this group may be solely or partly reliant on their pension savings as a means of income. This means that people need to really think about their investment in this and adjust it so that it can make the best returns it can during a recession.

She said: “People don’t want to put their whole pension fund into low risks assets because it is never going to actually keep up throughout a person’s retirement. It does need to keep growing, however, this means that people will need to have volatility.

“When someone stops working and starts drawing from a fund, they generally cannot afford the downturns as if they are drawing on a regular basis then they have to pull out much more to make up the income requirements.”

Ms Ross stated that the most important thing for people who have been fortunate enough to build up a decent retirement fund, whether that be through pensions or ISAs, is that they “keep taking an element of risk” but look to organise their investments to have a “less bumpy journey”.

She added: “If a person has been very aggressive with their savings and maybe put them all in shares or equities, then those people could maybe look at a more balanced approach which looks at a combination of different assets that will smooth out the returns in a market.”

Ms Ross recommended that people also discuss their options with financial advisers as they can point a person in the right direction to make the most out of what they have.

She said: “People are not aware of their Capital Gains allowance or dividend allowance and I think it is very important for people to take stock of the allowances that are available to them.

“People can actually increase their return simply by getting the tax right and any loss of potential return can be made up by just being more tax efficient.”

Ms Ross explained that people should also be aware, even if it is obvious, of the tax relief which can be claimed on certain investments, pensions and income.

She said: “By just making sure that you’re doing it right you can really help pad out your finances in harder times.

“With things like but-to-let you can no longer deduct any of your mortgage expenses from your rental income to reduce your tax bill but you still have the tax relief for the interest costs and every little helps during a recession helps.”