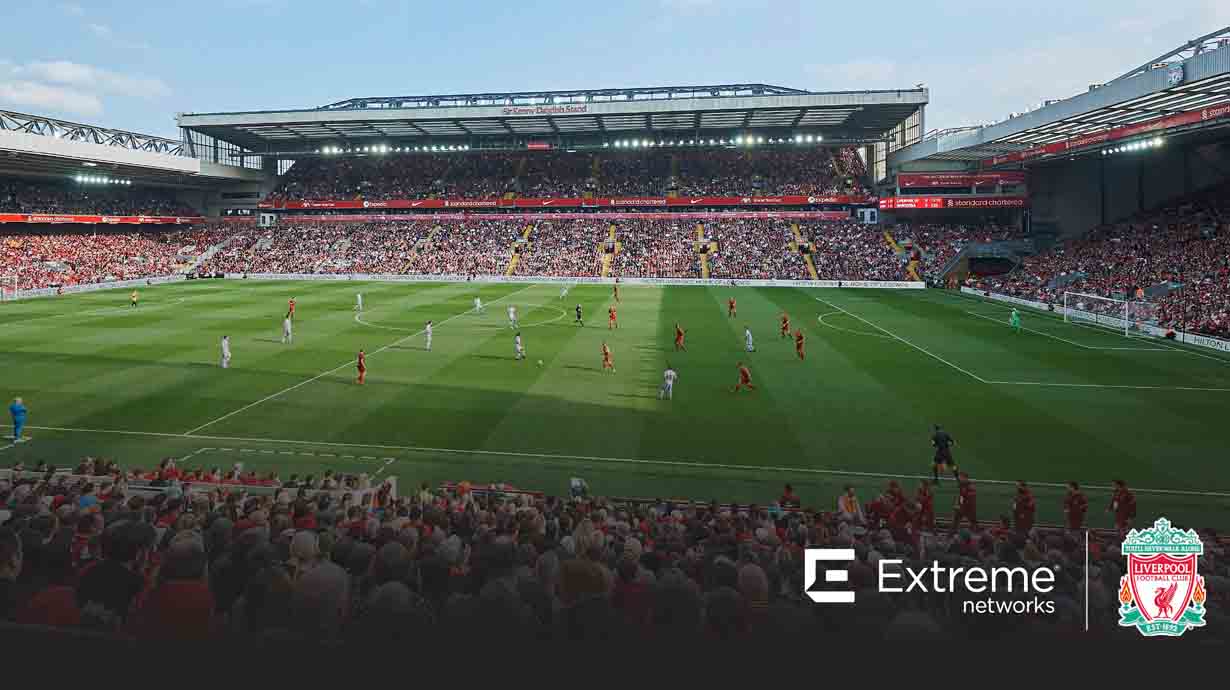 Founded in 1892, Liverpool Football Club is the most successful British club of all time with 19 league titles and six European Cups. Anfield has a current seating capacity of 54,000 and is being redeveloped to host more than 61,000 fans by the start of the 2023/24 season.

As part of the partnership, Liverpool FC will also leverage ExtremeAnalytics™ to get real-time insights into data, including fan foot traffic, app usage across the stadium and popular concessions. ExtremeCloud will enable the club to monitor and control Wi-Fi capacity and efficiency, device configuration and analytics and provide a single view into the health, performance and security of the network.

Earlier this year, Extreme and Verizon Business announced a partnership to create best-in-class connectivity and network insight solutions for large venues and stadiums across the European and Asia Pacific regions. Verizon and Extreme has a successful history of joint deployments for organizations like the NHL®, NASCAR and the NFL, among others.

Verizon Business has a dedicated strategy, specifically designed for stadium and venue customers that leverages Verizon’s innovative technology and network as a service offering, its extensive industry expertise and key new technology partnerships rooted in its 5G investment in more than 75 large public venues around the world.