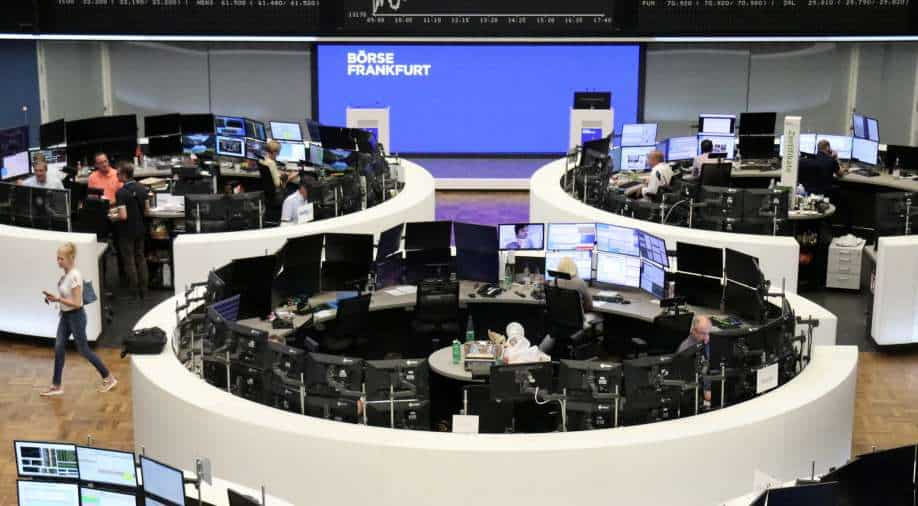 Global stocks rose on Friday, on course for their best month since late 2020, as euro zone growth beat expectations, while the dollar dipped as traders await fresh U.S. data for clues to the outlook for rates.

As inflation surges across major markets and central bankers fight to raise rates without killing off growth, riskier markets like stocks have tended to react positively to any perceived softening in sentiment on the part of policymakers.

After Thursday data showed the U.S. economy contracted in the second quarter, stocks rose as traders bet rates would rise more slowly. Euro zone numbers on Friday, meanwhile, beat expectations, yet recession fears are mounting as energy inflation continues to bite in the face of conflict in Ukraine.

The MSCI World index was last up 0.3%, on course for a near-6% monthly gain, its best since November 2020, buoyed by broad gains across European markets, with the STOXX Europe 600 up 0.9%.

U.S. stocks look set to gain at the open, with futures for the S&P 500 and Nasdaq up 0.8% and 1.1%, respectively, with all eyes on fresh wages and consumer price data for clues to the health of the economy.

Despite the positive end to the month for stocks, Mark Haefele, Chief Investment Officer at UBS Global Wealth Management, said investors should proceed with caution.

“In the near term, we think the risk-reward for broad equity indexes will be muted. Equities are pricing in a ‘soft landing’, yet the risk of a deeper ‘slump’ in economic activity is elevated.”

Some of that concern had been evident in Asian stock markets overnight, after Beijing omitted reference to its full-year GDP growth target following a high-level Communist Party meeting.

News in the prior session that U.S. gross domestic product had shrunk 0.9% last quarter, to add to a 1.6% contraction in the quarter before that, weighed on the country’s bond yields and the greenback, but both staged a partial recovery on Friday.

The yield on benchmark 10-year Treasury notes recovered slightly from its overnight lows to trade at 2.7029% while the two-year note’s yield, which typically moves in step with interest-rate expectations, was at 2.8703%.

After earlier flirting with positive territory, the dollar was last down 0.4% against a basket of its major peers – yet still on course for a second month of gains.

Futures markets now predict that U.S. interest rates will peak by December this year compared to June 2023 and the Federal Reserve will cut interest rates by nearly 50 bps next year to support slowing growth. [0#FF:]

Against the weakening U.S. backdrop, second-quarter GDP data from the euro zone beat expectations, up 0.7%, although growth in the region’s biggest economy, Germany, lagged.

Across commodities, Brent crude futures and U.S. West Texas Intermediate crude extended early gains and were last up around 2.3% as concerns about supply shortages ahead of the next meeting of OPEC ministers offset doubts around the economic outlook.