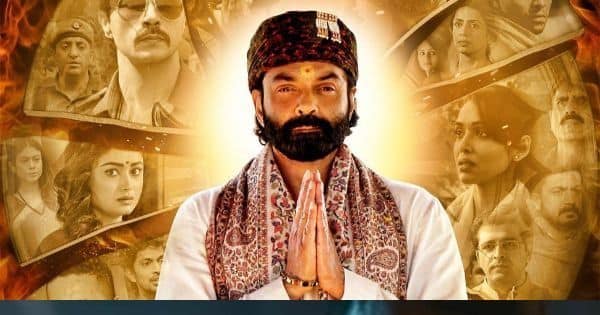 Opening up on the new season, Bobby Deol said, “The character keeps evolving in each season and it’s shades in Season 3 are one that’s going to keep viewers at the edge of their seats. The show is one of the most-watched show on OTT and the due credit goes to Prakashji’s compelling story, wide reach of the streaming platform and the hard work of the entire team working on it. Aashram is a powerful and captivating series which has given me the experience of a lifetime.” Also Read – After praising Kangana Ranaut, Kiara Advani defends Karan Johar on the NEPOTISM debate that was started by the Dhaakad actress

On the other hand, director Prakash Jha commented, “Making movies is my passion, and I have had good fortune to work with equally passionate actors and technicians who have shown faith in the stories I have wanted to share on the screen! With Aashram, we have lived the same passion, emotion and thrill. Also, being an Original Series on MX Player, it has been a successful association for us as its their huge audience base that makes it the most-watched show on OTT. I can’t wait to see the audience’s reaction to the third season of Aashram.” Also Read – Cannes 2022: Hina Khan’s outfit sketch LEAKED? This pic will increase your anticipation to see her on the red carpet

It will be streaming from June 3.