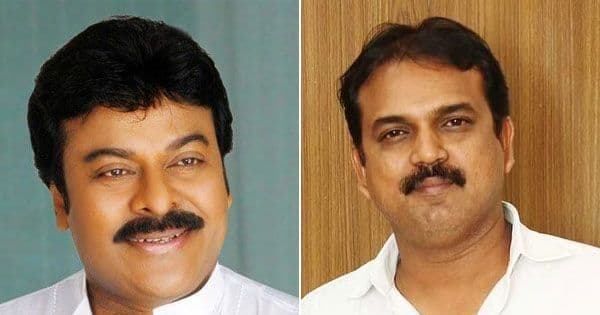 Oh No! Acharya starring Chiranjeevi and Ram Charan has been one of the biggest flops for the Telugu film industry in 2022. The movie which was made on a budget of close to Rs 150 crores could make only 70 crores at the box office. Exhibitors and distributors have suffered huge losses with the film. It has been reported that 25 exhibitors are doing a protest outside Koratala Siva’s movie since last night. The folks gathered want compensation for their losses. It seems the next destination for them is the house of Telugu megastar Chiranjeevi. It seems the loss suffered is to the tune of Rs 15 crores. But no one from the Acharya team has reacted on the same. Also Read – Are Kim Kardashian and ex-husband Kanye West getting back together? Reality TV star SPILLS the beans

Fans will remember how a letter from a distributor named Rajgopal Bajaj was going viral on social media. He asked for compensation from Chiranjeevi and team. He is a Karnataka distributor. It seems he paid a lot of money to Warangal Srinu who distribute the money in Karnataka’s Raichur district. He said he was in deep debt after the colossal failure of Acharya. There was excellent pre-release buzz around Acharya as Ram Charan and Chiranjeevi had teamed up for the first time. He played the role of a rebel in the movie. Though it opened really well, Acharya tanked after day one. Also Read – BTS: J-Hope aka Jung Ho-seok scores big with solo More; song ranks on Billboard’s ‘Hot 100’ within 12 days of release

Fans and critics were unforgiving in bashing it as a poor and shoddy film in terms of story and narration. Chiranjeevi was also trolled because he left the country after the debacle of the movie for a holiday. While Ram Charan was still given some leeway due to the mega success of RRR, it fell hard on Chiranjeevi. The megastar is now busy shooting for Godfather. Also Read – Ghum Hai Kisikey Pyaar Meiin’s Shruti aka Shafaq Naaz gets candid on body-shaming; says, ‘I can’t imagine….’

The movie is a remake of Lucifer. Salman Khan is also doing a cameo in the film. Nayanthara is the leading lady. Mohan Raja is the director of the movie.