Skip to content
HomeEntertainmentAfter praising Kangana Ranaut, Kiara Advani defends Karan Johar on the NEPOTISM debate that was started by the Dhaakad actress 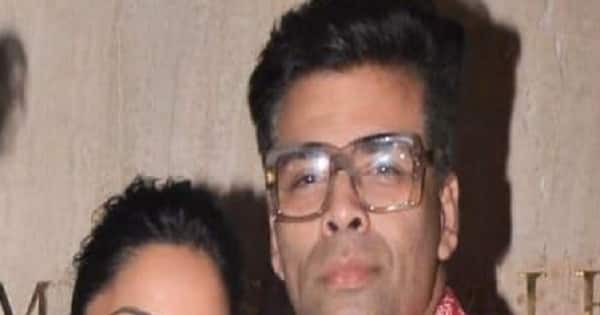 Kangana Ranaut recently made headlines by claiming that Kiara Advani was all praises for her upcoming film Dhaakad at the Eid party hosted by superstar Salman Khan at sister Arpita Khan Sharma’s house. And now the Bhool Bhulaiyaa actress has stood in defence of Karan Johar over the nepotism debate that was started by the Dhaakad actress. It was Kangana who started the nepotism debate on Karan Johar’s show Koffee With Karan couch and since then the debate is only getting ignited day after day. Also Read – Bade Achhe Lagte Hain 2: Nakuul Mehta aka Ram’s angry avatar gets mixed reactions; netizens want fandom to stop glamourizing anger

Kiara who got a big break in Karan Johar’s short film Lust Stories along with Vicky Kaushal spoke about how she was rejected by saying she is nobody and it was Karan who gave her the break without being lobbied by anyone else. Recalling her initial days Kiara mentioned how Karan Johar and designer Manisha Malhotra stood by her and believed her. ” These are people who are supremely successful, but they didn’t have that apprehension, they didn’t come to me only because I was successful”, she told Film Companion. Also Read – Cannes 2022: Hina Khan’s outfit sketch LEAKED? This pic will increase your anticipation to see her on the red carpet

She further added how she was considered nobody and it was them who believed her, ” At that point, there was this thing, and Manish is one of those people who never looked at it like that. He never looked at it like, ‘I’ll give somebody something because they’re successful. Even Karan. I know he gets so much hate for nepotism and all of that, but he took me when I was a nobody, and nobody told him to”. Also Read – Sohail Khan and Seema Khan END their marriage after 24 years; couple files for divorce at the family court

Kiara Advani has become a long way and she became extremely popular after her stint in Lust Stories since then there was no looking back for her. And Shershaah along with Sidharth Malhotra became one of the most successful actresses and now she will be seen next in Bhool Bhulaiyaa along with Kartik Aaryan and Govinda Naam Mera with Vicky Kaushal again.