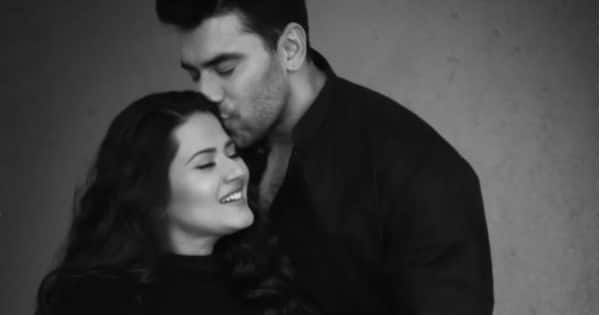 Kratika Sengar and Nikitin Dheer welcomed home a baby girl on May 12. They took to social media to announce the name of her baby girl, Devika. The name means a little Goddess. The couple have chosen a traditional name for their child, most probably, after consulting a pandit. It looks like they had zeroed down on the name for some time. Even Priyanka Chopra and Nick Jonas chose a Sanskrit name Malti for their baby. It seems fragrance. Also Read – Bhool Bhulaiyaa 2 actor Kartik Aaryan reveals a die-hard fan started stalking his mother; here’s what happened next

The couple’s Instagram post read, “We feel blessed to share with you the arrival of our darling daughter! -Dheers.” Industry friends like Pranitaa Pandit, Anjum Fakih, Amit Tandon, Smriti Khanna and others sent congratulations to the couple. Smriti Khanna wrote, “OMG was waiting for this news since long! Congratulations to the whole family,” while Nidhi Uttam commented, “Congratulation to the new parents….welcome baby Devika… loads of love from Nidhi Maasi.” Also Read – Priyanka Chopra is on a mission to change the perception of India; mom Madhu reveals, ‘She wants to educate them’

Kratika Sengar and Nikitin Dheer did a couple of wonderful photoshoots during this phase. The actress said that her parents were not able to come down from Kanpur, so it is her in-laws who have been managing everything. From shopping for baby stuff to getting the room ready for the kid, they were by her side. She told ETimes, “My sister-in-law is a pro because she had twins a year ago. Her entire memory is fresh and she was the most excited when we shared the pregnancy news. My mother stays at Kanpur so she has not been able to help me, but my mother-in-law has done everything.” Also Read – Anupamaa: Anu and Anuj’s chemistry during Haldi ceremony sets the internet on fire; MaAn fans say, ‘Maryada lines are slowly fading away’

Kratika Sengar and Nikitin Dheer have joined the likes of Debina Bonnerjee – Gurmeet Choudhary and Sandeep Sejwal – Pooja Banerjee who have become parents this year. There is baby boom in the TV industry.