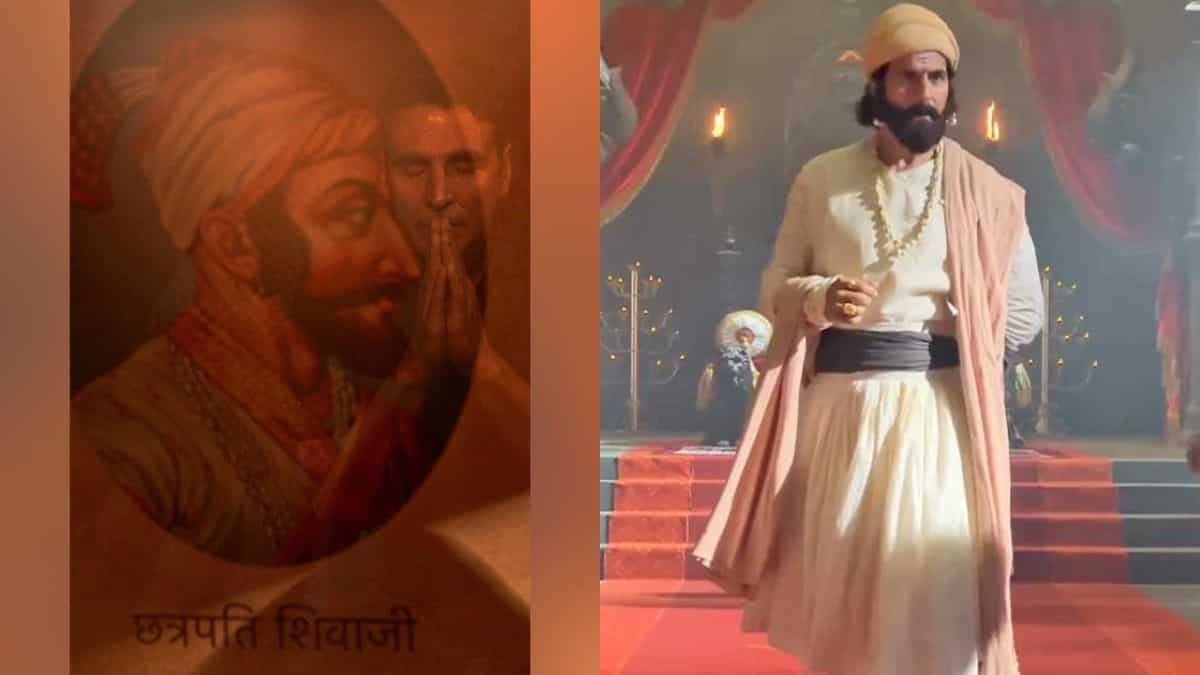 Bollywood actor Akshay Kumar shared two major updates on his debut Marathi film ‘Vedat Marathe Veer Daudle Saat’ on Tuesday. Taking to social media, the actor revealed that he has begun filming for the period film in Mumbai. And, in another post, he shared the first look of the film, in which he is playing Chhatrapati Shivaji Maharaj.

The film is directed by Mahesh Manjrekar. And, it chronicles the story of the legendary Maratha warrior.

In the short teaser clip, Akshay is seen walking towards the camera as a jubilant song with the slogan, ‘Jai Shivaji, Jai Bhavani’ plays in the background. He has also captioned his post, “Jai Bhavani, Jai Shivaji.” Check it out below.

In another post, he is seen praying in front of Chhatrapati Shivaji Maharaj’s portrait with folded hands. In the caption, he revealed that he has begun shooting for the movie’s first schedule and he feels on top of the world to get the opportunity to portray the Marathi warrior on the screen. Check out the post below.

The film is about the story of seven warriors who had the sole aim of bringing Shivaji Maharaj’s dream of Swarajya to reality.

More details about the film are yet to be revealed!