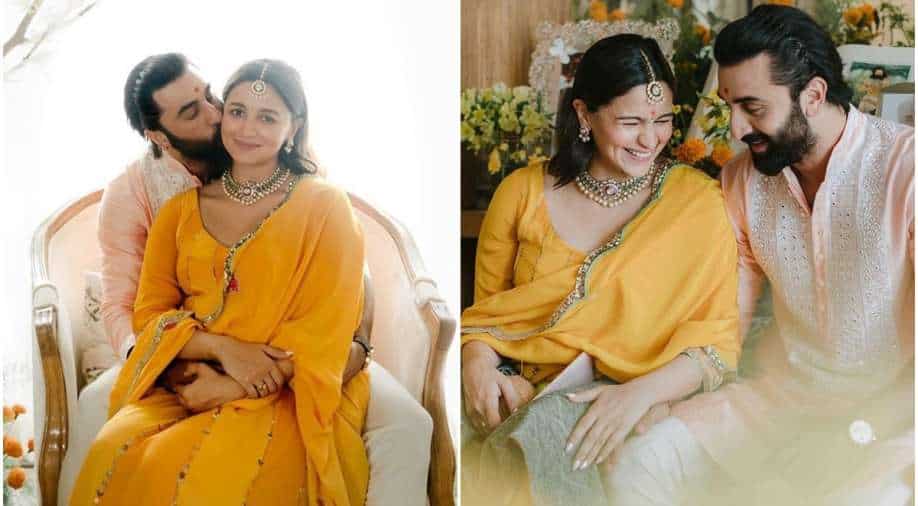 More pictures have appeared from the baby shower hosted by Alia Bhatt and Ranbir Kapoor. The latest photos were shared by Alia herself. She took to Instagram and posted multiple photos from the event. Apart from Ranbir and Alia, the photos show Karisma Kapoor, Neetu Kapoor, Mahesh Bhatt, Riddhima Kapoor Sahani. The baby shower was an intimate event with only family and close friends in attendance. Alia captioned the photos, “just … love 💛💛💛💛💛💛💛.” Alia had announced her pregnancy back in June. She and Ranbir fell in love while filming ‘Brahmastra’ and married in a private and yet lavish ceremony in April.

You can see the photos above. Both chose beautiful but understated clothing for the occasion.

Meanwhile, both Alia and Ranbir were seen in Ayan Mukerji’s ‘Brahmāstra: Part One – Shiva’. The fantasy epic posits that in ancient India sages and sage-warriors were bestowed with divine weapons by the gods. Each represented an element — like fire, wind, light, and water — or some diety like the Nandi Astra that harnesses the powers of Nandi.

In the present Ranbir and Alia’s characters — Shiva and Isha, respectively — get tangled up in a quest to stop the greatest weapon of them all, Brahmastra, from falling into wrong hands. Amitabh Bachchan, Mouni Roy, and Nagarjuna Akkineni were also in the cast.

Alia will be next seen in her Hollywood debut film ‘Heart of Stone’ alongside ‘Wonder Woman’ actress Gal Gadot. She will also star opposite Ranveer Singh in ‘Rocky Aur Rani Ki Prem Kahani’. The Karan Johar directorial also features Dharmendra, Jaya Bachchan, and Shabana Azmi. Both films will release in 2023.