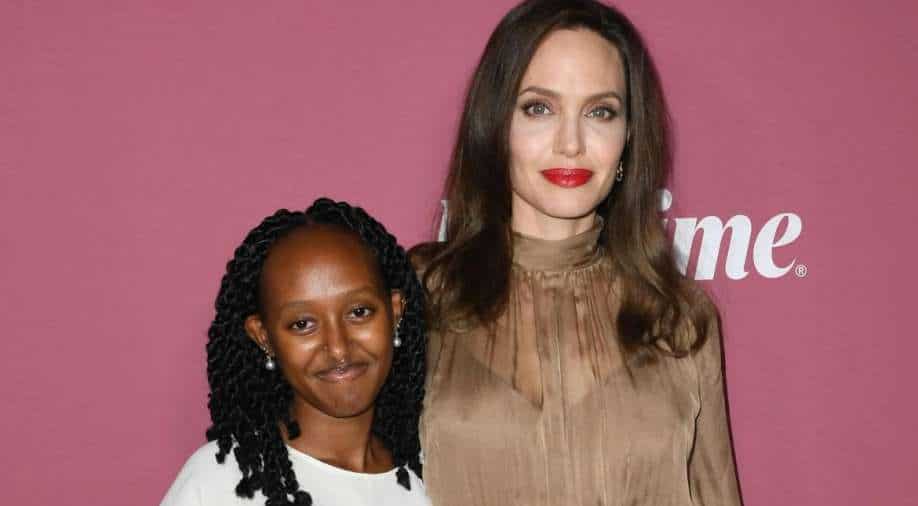 Hollywood actress Angelina Jolie had mixed emotions as another of her children stepped out of their comfort zone. The mother of six shared she was barely able to contain her tears while dropping her daughter Zahara off at Spelman College, reports aceshowbiz.com.

The school`s Vice President of Student Affairs Darryl Holloman shared pictures and a video of the mother and daughter duo arriving on the school`s move-in day. In the clip, the actress met with school president Dr. Helene Gayle and had a short interview.

Dressing down in an all-black outfit, Jolie said, “I`m going to start crying if I talk about today.” The Academy Award-winning actress added, “I haven`t started crying yet so…”

Dr. Gayle joked that there will be “plenty of time to cry” at the upcoming event, which she teased is “purposely to induce (tears) – bring it all out.”

Jolie replied, “I know. I heard tomorrow night`s the big night.” She added, “I`m holding it together.”

Someone behind the camera gushed over the ceremony, “It`s a big deal.”

The 47-year-old then shared that she felt “so excited” about becoming “a Spelman mom,” to which the man who filmed it said, “Awesome.”

In one of the snaps, meanwhile, Jolie and Zahara posed with Holloman in what looks like a dorm room. The trio were all smiles as Jolie and Holloman removed their masks, while the freshman college student still put her protective mask on.

Jolie opted for a black blouse with matching pants and platform heels. She had her long hair pulled in an updo, while carrying a beige bag. As for Zahara, she donned a green T-shirt with blue jeans.

Jolie first revealed Zahara`s choice of college on July 31 by sharing pictures of the 17-year-old with her new friends.

Spelman College, a historically Black college and university (HBCU) for women, is located in Atlanta, Georgia. Following a new student orientation from August 10-15, Zahara will have her official first day of classes on August 17. It`s currently unknown what Zahara plans to major in.