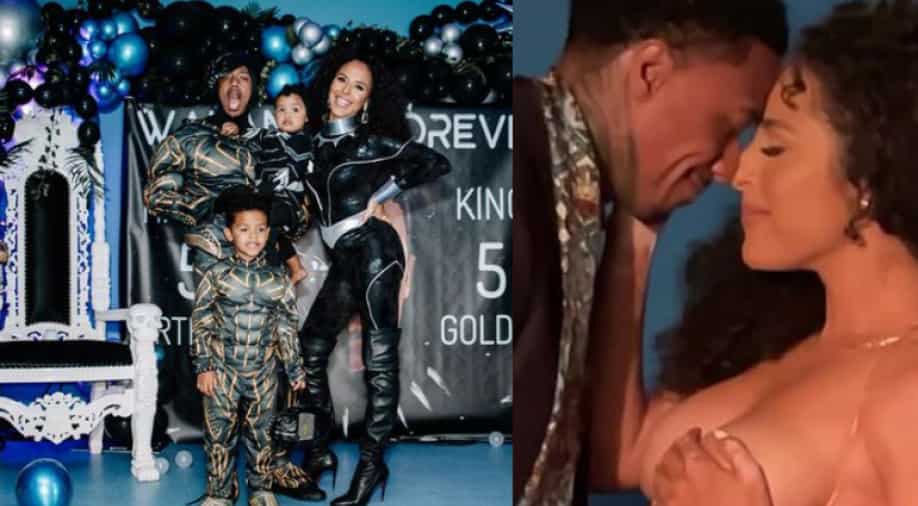 The reality show host announced the good news on his Instagram account and revealed the name of the baby i.e Rise Messiah Cannon.

Along with a heartfelt video from her baby shower, Cannon wrote in a lengthy caption, ”Another Blessing!!! As my journey on this planet becomes more and more remarkable and unfathomable, all I can do is thank God and continue to ask the Most High to order my steps. He has given me stewardship and dominion over a family dynamic that to some is unimaginable. But more importantly, he has blessed me with loving individuals to guide me with care through this purposeful life. I am so indebted and grateful for the matriarch’s energy in my time of need.”

Further praising the new mom Brittany Bell, he wrote, ”She has been the rock and foundation of my Fatherhood journey. She has taught me so much about parenting, psychology, spirituality, love and just life in general. For our third child, she told me she didn’t want a baby shower and needed NOTHING! All she desired was PRAYER from her authentic Loved Ones! I am learning that is the best GIFT! She introduced me to the concept of a BlessingWay! As you can see in the video, a bunch of powerful prayer warriors interceding for our new child’s entrance to Earth! And boy did we need it! Probably the most difficult labor and delivery I have ever witnessed!”’

Cannon and Bell are already parents to son Golden, 5, and daughter Powerful, 1.

Cannon shared the news of his newborn just nine days after the birth of his ninth daughter, Onyx Ice, with model LaNisha Cole. Ice was born on September 14.

Cannon is already a father of eight other children with multiple partners and one baby is still on the way. The comedian is also expecting his 11th child with Abby De La Rosa. In 2021, Abby and Cannon welcomed twin sons Zion and Zillion.

This year, in July, Nick welcomed his eighth child, a baby boy with model Bre Tiesi. He was previously married to singer Mariah Carey from 2008 to 2016 and with her, he has two children- a son Moroccan and a daughter Monroe.