Skip to content
HomeEntertainmentAnupamaa: Pakhi aka Muskan Bamne reveals her shocking reaction over the script that shows her being ANGRY with ‘mom’ Rupali Ganguly 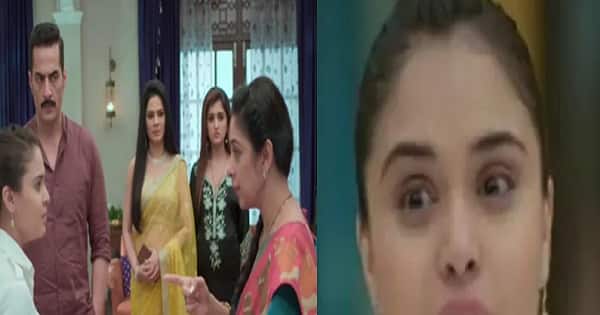 Anupamaa show is going to see some shocking twists that fans might not like. One of them is Pakhi getting all arrogant and rude with her mother after she refuses to let her stay in the Kapadia house due to her closeness with Adhik. Pakhi badly insults Anupamaa in the show and this episode brought a lot of criticism for Pakhi aka Muskan Bamne for playing the character. While Pakhi who has proved her mettle as an actress in the show spoke about how shocking it was for her to read the script for this episode. Also Read – Rangbaaz 3 review: Performances, franchise factor and more; 5 reasons why you should not miss Vineet Kumar Singh starrer

As per Telly Chakkar, the actress was quoted saying that she wasn’t very happy herself with Pakhi getting all rude with her mother in the sow. Talking about the same, she said, “I was shocked to read the script wherein Pakhi is going to go all out in expressing her anger for her mother. Forget about misbehaving with your mother, one should not be this rude to anyone. Having said that, it was exciting to perform such a performance-driven scene. It was amazing experiencing such emotions”. Muskan Bhamne is slowly becoming a teen sensation and enjoys a huge fan following all thanks to her character Pakhi in Anupamaa. This episode grabbed a lot of attention of entertainment news lovers. Also Read – Urfi Javed gets massively slammed for hiding her b**bs with her hands in this latest appearance; ‘bahut hi ganda style hai’

While talking about Anupamaa, the latest twist in the show will see Anuj falling severely sick and getting paralyzed which leaves Anupamaa abandoned by the Kapadia family as they are all set to make her life hell. Anupama takes an oath to make Anuj fit and fine like he was before. While this development has not been liked by MAan fans and we wonder if this development will drop the TRP of the show. Gaurav Khanna aka Anuj Kapadia is extremely happy being a part of the show and trusts the vision of the makers as admitted by him during his recent interaction.