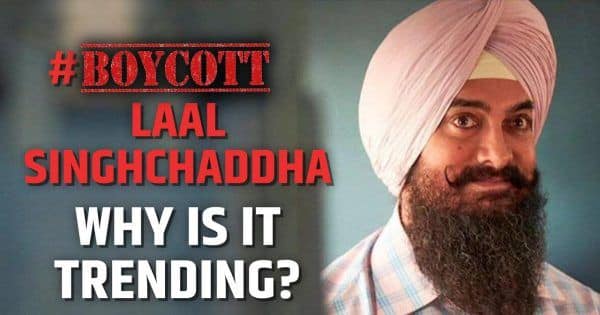 Aamir Khan’s film ‘Laal Singh Chaddha’ is in the headlines since #BoycottLaalSinghChaddha is trending on Twitter. The film will hit the big screens on August 11, 2022. Looks like people got a chance to take out their anger on Aamir for his old miserable Statements.

Aamir Khan starter ‘Laal Singh Chaddha’ is all set to knock the theatres soon in August. Actress Kareena Kapoor will also be seen alongside him in the film. Recently Aamir is in the news as his film jumped into controversy and “#BoycottLaalSinghChaddha” started trending on Twitter. Back in the time, Aamir had given such statements regarding his film PK that hurt the sentiments of Hindus and questioned the method of worshipping Hindu gods. Also, the actor’s statement on India’s condition wasn’t respectful according to the citizens. Some Bollywood stars also opposed his statement at that time. Well looks like his old statements are now being a big problem for his upcoming film ‘Laal Singh Chaddha’. People got the reason to take out their anger on his film. Watch this video to learn more.