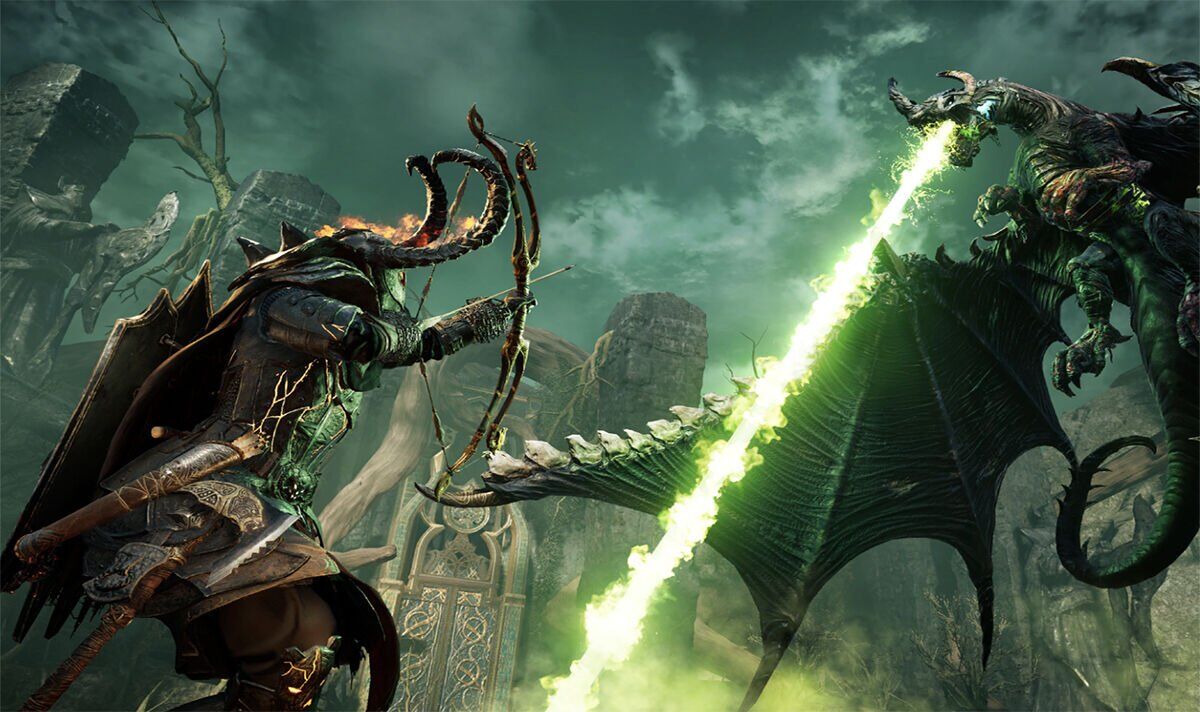 Ubisoft is about to release even more DLC for Assassin’s Creed Valhalla on PS4, PS5, Xbox Series X/S, Xbox One and PC. The new AC Valhalla DLC launches as part of update 1.6.0 on August 2. Weighing between 12.5GB to 26GB, the new mode has a 1pm BST launch time for fans living in the UK. The headline feature of update 1.6.0 is the release of the brand new rogue-lite mode, titled Forgotten Saga. Best of all, it’s available completely free of charge.

According to Ubisoft, the Forgotten Saga game mode is accessible once players have reached Asgard in the main game.

“As with other rogue-lite experiences, Forgotten Saga pushes players to their limits with difficult enemies and a hostile world.

“Players progress through the world in a single run to try to conquer the depths of Niflheim, but death is natural part of the experience and will be a frequent part of your adventures.

“With each death, you will return to the start with opportunities to upgrade Odin and grow in strength for your next attempt with further insights on how to overcome the challenges ahead.”

Elsewhere, update 1.6.0 brings back the Sigrblot Festival, which is based in Ravensthorpe. That’s on top of a whole host of gameplay tweaks and changes, which can be seen in the patch notes below…

– Added the new free game mode to the game.

– Plunge into the depths of Niflheim and face overwhelming odds in this exciting, rogue-lite inspired, free game-mode for Assassin’s Creed Valhalla.

– Accessible for all players once they have reached Asgard in the main game. This new mode provides a formidable challenge for players with a unique quest to defy fate.

– After you’ve visited Asgard for the first time, a new building can be constructed in Ravensthorpe that will provide access to the Forgotten Saga mode.

– There are no power level requirements to access this content, and the equipment and perks you have unlocked throughout England do not transfer over.

– The Sigrblot Festival has returned to the game.

– Sigrblot returns to Ravensthorpe for a limited time. From August 4-25 participate in the festival and exchange opals for exclusive festival rewards.

– To access the festival players much reach England and complete one of the first two narrative arcs (Grantebridgescire OR Ledecestrescire) and be at least at Settlement Level 2.

• The movable light beam in Alethorpis stuck, making it impossible to solve the puzzle for the Book of the Knowledge.

• Unable to move the stone block to obtain the Dwarven Blacksmith Cloak in Svaldal.

• Reda only offers one daily contract instead of two.

• Anderitum Hideout Raven Challenge: Addressed the persisting issue that prevents the looting of the key from Destroyer if the player has already acquired it without unlocking the door.

• When using the Algurnir Dane Axe, perks from other Bows and Gear will not activate.

• Twilight pack shows as available for purchase when it is owned on Xbox and PC platforms.

• Discounts for owning gear from a pack in the animus store isn’t consistent.

• The VFX from the Blood Elf Eye-Wrap gear can be seen during some cutscenes.

• Selecting “Sell all trinkets” at a store will sell trade goods as well.

• Button prompts in pop-up messages in the store do not align correctly with the pop-up box.

• Incorrect thumbnail for Edward Kenway’s outfit in the Inventory screen.