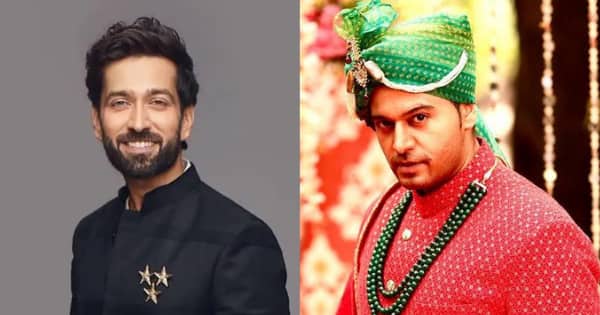 Bade Achhe Lagte Hain 2, Anupamaa, Imlie, Yeh Rishta Kya Kehlata Hai, Kundali Bhagya are some of the most popular TV shows in the country. Each of the aforementioned TV shows has a loyal fanbase. Today, we are conducting a poll on the favourite TV male lead. Well, a lot has happened in the TV serials in the past week. The makers of BALH 2, Anupamaa, Imlie and other shows have brought some nasty and shocking twists to keep the audience glued to their TV sets. However, the fans are loving the characters. Let’s have a dekko at the nominees for the favourite male lead below: Also Read – Trending TV News Today: Yeh Rishta Kya Kehlata Hai’s Harshad-Pranali address dating rumours, Karan V Grover-Poppy Jabbal tie the knot and more

Gaurav Khanna plays Anuj Kapadia in Rupali Ganguly, Sudhanshu Pandey and Madalsa Sharma starrer TV show Anupamaa. He is one of the male leads of the show. Gaurav Khanna and Rupali recently had their on-screen wedding on the show. And now, the romance between Anuj and Anupamaa is being showcased in the show. Anuj is a kind, understanding and sensible gentleman. Also Read – Yeh Rishta Kya Kehlata Hai, Bade Achhe Lagte Hain 2 or Anupamaa, which is the most entertaining show? [View Poll Results]

Nakuul Mehta plays Ram to Disha Parmar’s Priya in Bade Achhe Lagte Hain 2. Nakuul’s Ram is one of the most adored TV characters. He is jovial and always sticks by Priya, no matter what. Nakuul’s emotional scenes have been giving out goosebumps as per fans’ reactions on social media. Ram Kapoor‘s expressive eyes and kind smile also win hearts all the time. Also Read – Bade Achhe Lagte Hain 2: Disha Parmar reveals how fans REACT on seeing her, ‘I am referred to as Mrs Ram Kapoor’

Fahmaan Khan’s popularity increased about 100 folds after he starred in Sumbul Touqeer Khan starrer Imlie as Aryan Singh Rathore. He was initially signed as a parallel lead in a cameo appearance, state reports. However, he was eventually made male. Sumbul and Aryan’s chemistry on the show has to be credited. Fahmaan aka Aryan’s arrogance, confidence and acting with the eyes has been a huge hit amongst the fans.

Harshad Chopda is ruling hearts as Abhimanyu Birla and how! The actor has poured his heart and soul into the character it seems. His expressive eyes, angst and love for Akshara. Abhi has his flaws, but he also overcomes them with the help of Akshara and Manjiri aka Ami Trivedi.

Dheeraj Dhoopar plays Karan Luthra to Shraddha Arya’s Preeta in Kundali Bhagya. The actor has a massive fan following on social media. Karan loves Preeta dearly, however, he also lets misunderstandings cloud his sense of understanding. Having said that, Karan wants Preeta in his life back.

So, which of the handsome hunks is your absolute favourite? Vote below:

Stay tuned to BollywoodLife for more polls on TV shows, actors and characters. Tweet to us @bollywood_life and let us know what kind of polls y’all want us to conduct.