Skip to content
HomeEntertainmentBeyoncé’s ‘Renaissance’ release: What you need to know 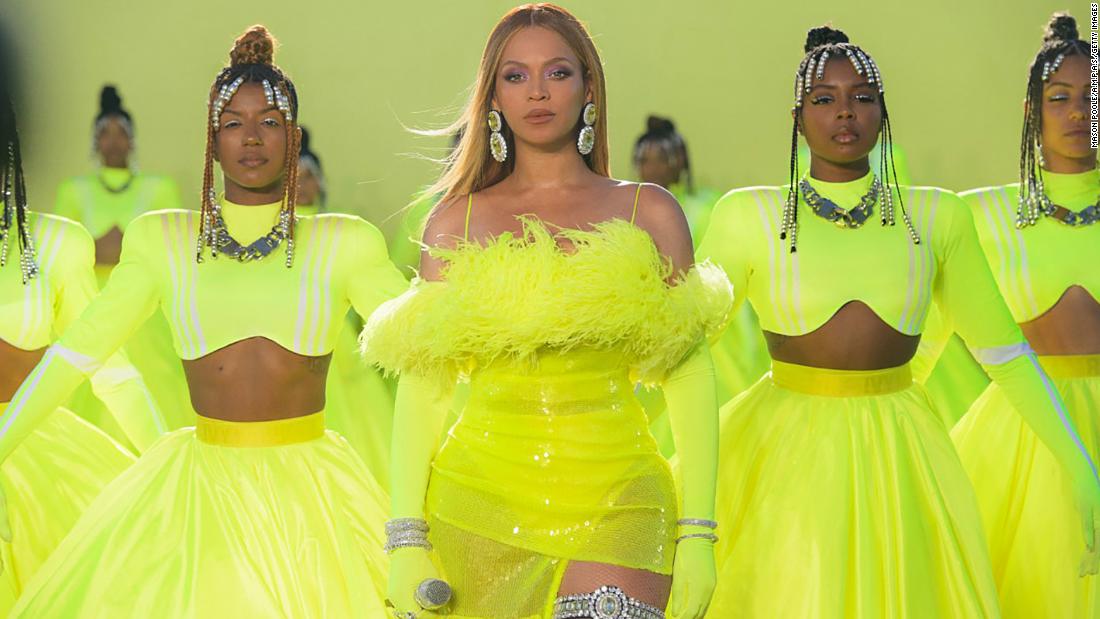 “Renaissance” is that, of course, and the Grammy winner’s eagerly awaited seventh album doesn’t disappoint, if social media is to be believed.
The album officially dropped Friday morning. So much to digest, so much to dissect and so much to dance to. Here’s what you need to know:

Before we even get into the actual music, the singer had something to say about it leaking days before its scheduled release.
“So, the album leaked, and you all actually waited until the proper release time so you all can enjoy it together,” she wrote in a statement posted to social media. “I’ve never seen anything like it. I can’t thank y’all enough for your love and protection.”
Members of The Hive, as her devoted fan base is known, swarmed social media to ask people to please not share or listen to the leaked files that were out there.
She thanked them for their “unwavering support” and “for being patient.”
“I appreciate you for calling out anyone that was trying to sneak into the club early,” she wrote. “It means the world to me.”

Speaking of the club

We expected to dance, and “Renaissance” gives us house music and afro-beats and pays homage to jams of the past.
Children of the 1970s will be reminded of house parties their parents used to throw — complete with the Boone’s Farm wine and the couch moved to make room for a dance floor — with songs like “Summer Renaissance” (which finds her channeling Donna Summer) and “Cuff It” that harken back to the disco and roller-skating rinks.
The latter even features one of the architects of the sound of that era, Chic co-founder Nile Rodgers.
Of course Beyoncé gives it her own interpretation, much like she did on the lead single “Break My Soul,” which samples the 1993 hit “Show Me Love” by house music legend Robin S.

Love for the LGBTQ+ community

Beyoncé pays tribute to her late Uncle Jonny, a gay man, with her latest project.
“He was my godmother and the first person to expose me to a lot of the music and the culture that serve as an inspiration for this album,” she wrote in a note on her site. “Thank you to all of the pioneers who originate culture, to all of the fallen angels whose contributions have gone unrecognized for far too long. This is a celebration for you.”
In 2019 she talked about him during her and her husband Jay-Z’s acceptance speech for Vanguard Award at the 30th Annual GLAAD Media Awards held in Los Angeles.
She called her Uncle Jonny “the most fabulous gay man I’ve ever known and ever knew” and credited him with helping to raise her and her sister, Solange.
“He lived his truth,” she said emotionally. “He was brave and unapologetic during a time when this country wasn’t as accepting. Witnessing his battle with HIV was one of the most painful experiences I’ve ever lived.”
The lyrics of “Heated” feature, “Uncle Johnny made my dress/That cheap spandex/She looks a mess.”
“The album also features contributions from LGBTQ+ stars Big Freedia, TS Madison and transgender DJ and producer Honey Dijon.

She’s feeling herself and wants you to, as well

Queen Bey also comes with her brand of empowered sexy, and with this album, she’s letting it all hang out.
Sex — or at the least the suggestion of it — factors in heavily on this album, with songs including “Heated,” “Alien Superstar” and “Pure/Honey.”
Only she could drop a track titled “America Has a Problem” and instead of delivering a message about the state of the country, she lets us know she “Can’t wait to back it up.”
“I’m supplying my man/I’m in demand/As soon as I land,” she sings.

We see you dropping bars, Mrs. Carter!
Jay-Z is not the only rapper in the family, something we have known since Beyoncé jumped on Megan the Stallion’s “Savage” remix.
Beyoncé cements her ability to go beyond just singing with songs like “Cozy” and “Church Girl,” in which she gives us a sample of her ability to spit a little bit.

This is just the beginning

According to her, this new album is just “Act I” of three recorded over the pandemic.
The “Renaissance” has begun.