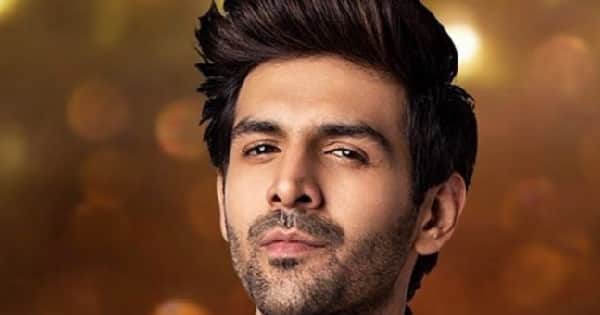 Kartik Aaryan enjoys an immense fan following. The videos of fans screaming his name outside his building and getting his name tattoed are proof of it. Now, the actor is gearing up for the release of Bhool Bhulaiyaa 2. The trailer and the songs have received a great response from the audience and Kartik Aaryan’s fans are desperately waiting for the film to hit the theatres. Talking about fans, the actor recently revealed a scary but funny incident. He spoke about fans stalking not just him but even his mother. Also Read – Sarkaru Vaari Paata US box office day one: Mahesh Babu’s film off to a flying start; collects THIS amount

In an interaction with Tanmay Bhatt, the actor revealed that a die-hard fan of his started stalking his mother as she wanted to become her ‘bahu’. Yes, you read that right. The actor shared that his mother received messages saying that she is willing to cleaning the house too Kartik’s mother accepts her as her daughter-in-law. Kartik Aaryan was quoted saying, “Ek recently hua tha, usne mujhe nahi meri mummy ko stalk karna chalu kar diya ladki ne aur unko insta ID mein message bhejne lagi thi, ‘mujhe aapki bahu banna hai, main aapke ghar pe jhadu pocha bhi laga lungi’ (It happened recently, she began to stalk my mother. She used to message her privately saying that she wants to become her daughter-in-law, and said that she is ready to sweep and mop the house as well).” That says all about the love, affection and stardom Kartik Aaryan enjoys. Also Read – Dhaakad trailer: After Salman Khan, Ram Gopal Varma reviews Kangana Ranaut’s performance; compares her to Hrithik Roshan and Tiger Shroff

The film produced by Anees Bazmee will release on May 20, 2022. Apart from Kartik Aaryan, the film also stars Kiara Advani, Tabu and Rapal Yadav. In Bhool Bhulaiyaa 1, Akshay Kumar and Vidya Balan had played the lead roles. The film was a massive hit and the same is expected from its part 2. Only time will tell though if Bhool Bhulaiyaa is able to do wonders at the box office or not.