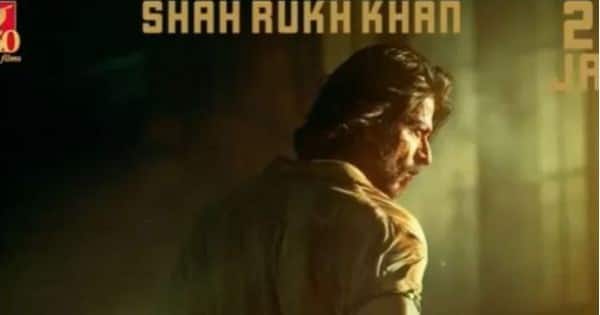 Netizens just wait for one reason to boycott upcoming biggies. #BoycottLaalSinghChaddha and #BoycottRakshaBandhan trended for many days on social media, and now, they are targeting Shah Rukh Khan starrer Pathaan. A few days ago, #BoycottPathaan started trending on social media. Netizens were upset with SRK’s behaviour with a fan, they targeted Deepika Padukone’s visit to JNU in 2020, and a lot more. However, now again #BoycottPathaan is trending and the reason behind it is an old video of the superstar. Also Read – Shraddha Kapoor in Bade Miyan Chote Miyan, Deepika Padukone in Pathaan and more; Actresses and their most promising upcoming projects

While talking about intolerance in the country, in an interview with India Today, SRK said there’s extremely intolerance; there’s growing intolerance. Now, this video has gone viral on social media and netizens are upset with SRK for his statements, and they want to Boycott Pathaan. Check out the tweets below… Also Read – After Shah Rukh Khan’s Pathaan, Ranbir Kapoor’s Brahmastra faces boycott; actor blamed for INSULTING Hindu Gods along with Aamir Khan in PK

“There is Extreme Intolerace, There is Growing Intolerance in Bharat” – Shahrukh Khan

If India is an Intolerant Country, Then Why #ShahRukhKhan Is Still Living Here
Retweet If If Agree #BoycottPathanMoviepic.twitter.com/hOA5vMDODU

The game is over for Bollywood’s Bhaijaan, Badshah, Perfectionist etc. They have earned more than enough money, their stardom is decreasing day by day.
#BoycottPathanMovie#BoycottVikramVedha#BoycottLalSinghChadha#BoycottbollywoodForeverpic.twitter.com/CMDl1yyeM2

Don’t mess with SRK and SRKians!!

So, we can clearly see that it’s trolls vs Shah Rukh Khan’s fans. Well, who will win this social media battle? Only box office collection of Pathaan can tell us.

Directed by Siddharth Anand, Pathaan also stars Deepika Padukone and John Abraham, and it is slated to release on 25th January 2023.