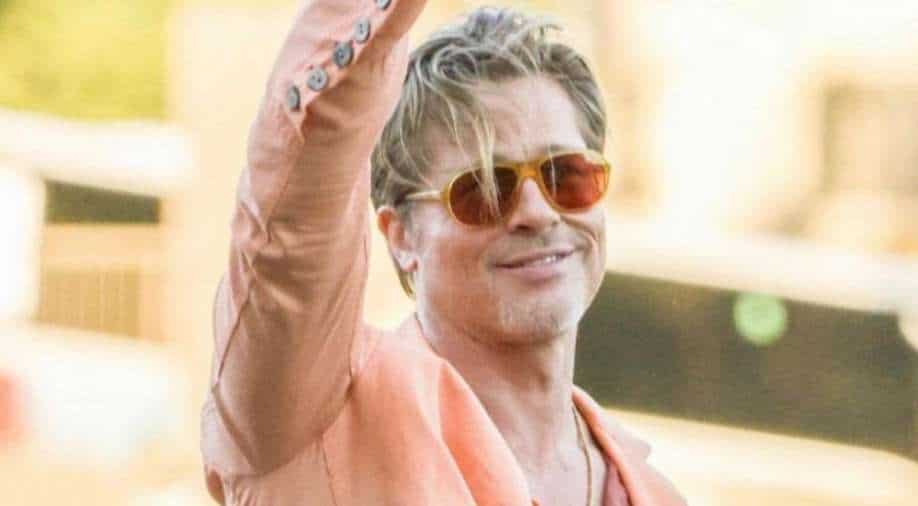 Hollywood heartthrob Brad Pitt is currently promoting his film ‘Bullet Train’ in Paris. The 58-year-old actor was spotted donning a cool orange monochrome attire as he attended a photocall for his film Bullet Train in Paris on Saturday. Photos of the actor’s latest outing are going viral across social media platforms.

He was accompanied by his co-stars Joey King, Aaron Taylor-Johnson and Brian Tyree Henry as he posed for the lens at Bateau L’Excellence, Port Debilly. While cruising down the Seine River, he waved at his fans and smiled from ear to ear.

The Oscar winner paired a stylish blazer and matching trousers with a rusty pink tee. And, he accessorised his OOTD with orange-tinted sunglasses and a gold chain.

Sharing the snaps from the photo-op, Pitt wrote, “Paris.” Take a look!

In the viral pictures, ‘The Kissing Booth’ actress Joey King is seen flaunting her all-black attire that featured a black leather jacket and matching leather pants. Aaron Taylor, on the other hand, is seen donning a navy blue blazer with a black and white striped shirt and blue denim jeans.

Bullet Train is all set to hit the theatres on August 5.