Skip to content
HomeEntertainmentBrad Pitt has ‘s-t’ list of actors he will & won’t work with, reveals co-star Aaron Taylor-Johnson 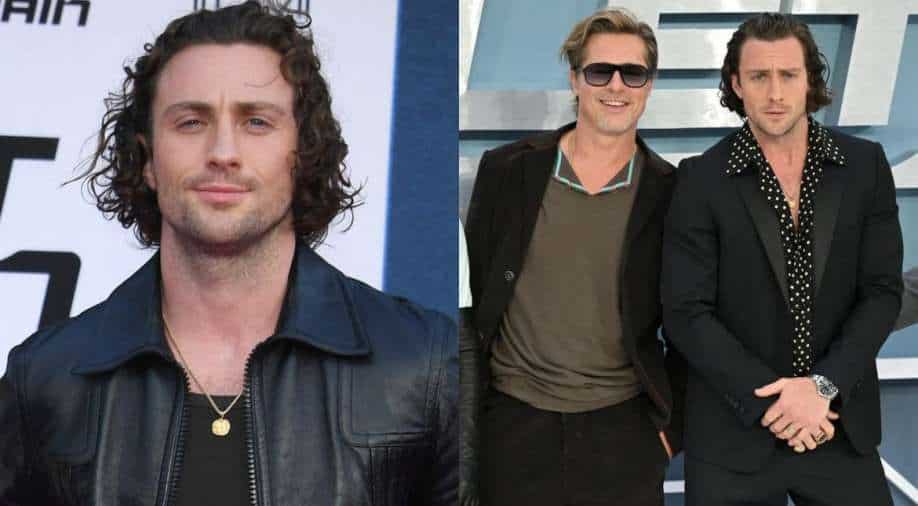 Actor Aaron Taylor-Johnson, who recently promoted his film ‘Bullet Train’ at the Locarno Film Festival in Switzerland, was questioned about his experience of working with legendary Hollywood star Brad Pitt. Taylor-Johnson, 32, will be seen alongside Pitt in ‘Bullet Train’ which is helmed by David Leitch of ‘John Wick’ and ‘Deadpool 2’ fame.

The actor, speaking about his co-star, Pitt, said that the actor has a “good” list and a “s***” list of actors he will and won’t work with.

Taylor-Johnson further dished out some aspects of what it was like to work with Pitt.

He further continued, saying, “He just wants to bring light and joy into the world and be around people who are there to have a good time.”  “You work with many actors, and after a while, you start making notes: ‘I am definitely not working with this person ever again.’ Brad has this list too: the ‘good’ list and the ‘s–t’ list.”

While speaking to Variety, Aaron, who previously starred in action films like ‘Kick-Ass’ and ‘Avengers: Age of Ultron,’ described Pitt as a “humble and gracious human being.”

Taylor-Johnson, during the film’s Los Angeles premiere on August 1, detailed getting hospitalised after sustaining gruesome injuries on the sets of ‘Bullet Train’ from a fight scene.

“We were in a fight sequence and I get drop-kicked across the room,” the actor informed. “The one sharp bit of the corner where there wasn’t any padding took a chunk out of my hand. And I literally went wham, passed out,” the actor told Variety, explaining the incident.

Taylor-Johnson further talked about his implementing a “crazy mad Keto diet” to get a lean body for the film, which caused “low blood sugar levels” due to which he fainted shortly after sustaining a hand injury during the shoot. “When you sign up for a David Leitch movie, you know you gotta get a couple of battle scars, some war wounds,” he said.

‘Bullet Train’ is an adaptation of ‘Maria Beetle’, a Japanese novel by Kōtarō Isaka. Pitt plays an assassin who is on a bullet train from Tokyo to Kyoto on a mission. Alongside Pitt and Taylor-Johnson, the film stars well-known faces like Sandra Bullock, Joey King, Brian Tyree Henry, Zazie Beetz, Michael Shannon, Andrew Koji, and Bad Bunny.