Skip to content
HomeEntertainment‘Brahmastra’ movie review: Ranbir Kapoor-Alia Bhatt’s film works for its special effects, not for its story

5 years in making, a pandemic thrown in the middle, a romance on sets and eventually a wedding later, filmmaker Ayan Mukerji’s labour of love ‘Brahmastra- Part One: Shiva’ releases today in theatres worldwide. A film that has been touted as the most expensive movie made in Bollywood ever- thanks to its extravagant VFX- is also one of the most talked about films of the season. It is also a crucial film for Bollywood at a time when the Hindi film industry is struggling to create an impact at the box office. Delays and controversies notwithstanding, Ranbir Kapoor- Alia Bhatt’s ‘Brahmastra’ manages to infuse a very Indian concept with western sensibilities of filmmaking. The result is a convoluted plot with stunning modern technology to back it up.

What is the story of ‘Brahmastra’?

Considering it is the first part of a trilogy, the film begins by establishing the premise well. It takes the viewers back in time and establishes how in ancient times, sages meditated at the Himalayas to attain superpowers based on four elements – fire, wind, water, and earth as well as elements from plants and animals to create unique weapons or astras. These sages form the ‘Brahmansh’ – a sort of universe where they use these newly acquired weapons to protect the world. One of the strongest of the astra that is created originates from light, which has so much power in it that it can destroy the universe. What now exists of Brahmastra are in three parts- each being protected by a key leader of ‘Brahmansh’ – a secret group of people who wield superpowers when needed to fight evil. 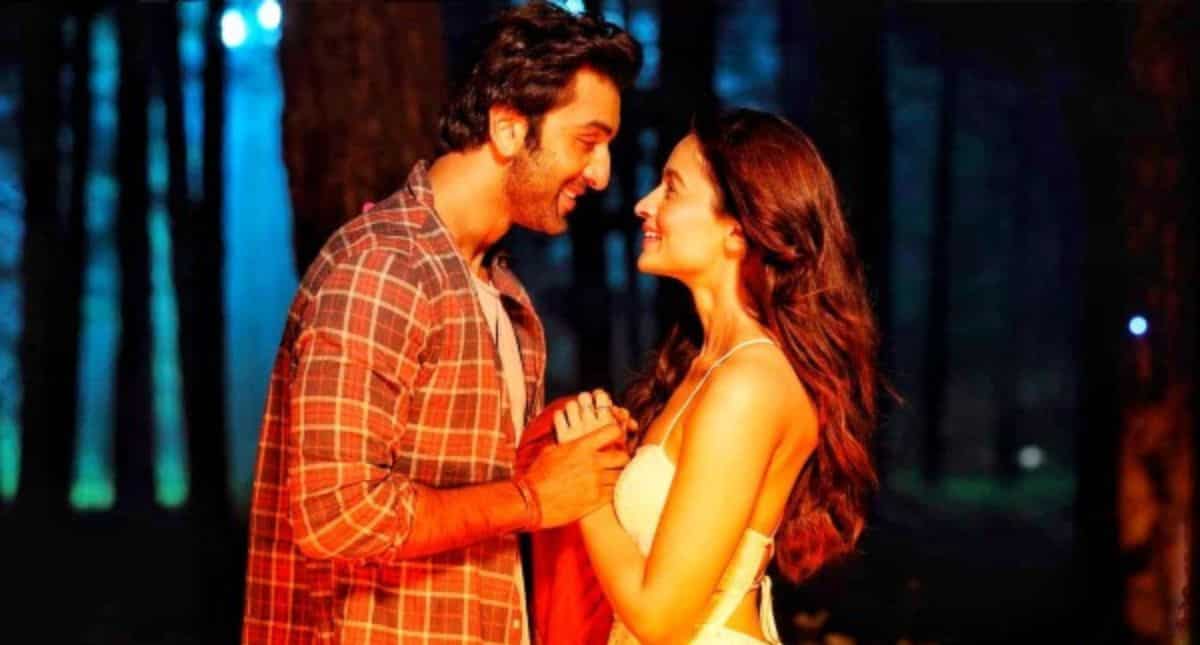 Shiva, a DJ in Mumbai, has lived a good life mostly despite the odds against him. An orphan who has lived a life on his own terms, he meets Isha(Alia Bhatt) during a Dushera Carnival and instantly falls in love. But his love life is hindered by flashes/nightmares he gets which make him revisit a horrific past involving his mother’s death, of important people getting hunted by one Junoon (Mouni Roy) and her men in search of a broken piece of rock- part of the Brahmastra. The ones who are being hunted- are important people of the society- one is a scientist- who gets killed in order to protect his important artifact/stone. Shiva foresees the same fate for a Benaras-based archeologist (Nagarjuna) and decides to go to Varanasi along with Isha in order to warn him before Junoon and her men reach him.

The inspiration from the west

Written by Ayan Mukerji and dialogues by Hussain Dalal, the film takes inspiration from the Harry Potter series and Marvel Cinematic Universe to create a story that is very Indian at heart. The result is middling as the story remains extremely convoluted and lacks coherence on several occasions. The first half, when films usually establish the plot, is not very convincing. The pace only picks up in the second half when Amitabh Bachchan’s character – as a leader of Brahmansh is introduced, who joins the pieces of the puzzle for Shiva as well as the audience making the story more coherent and believable. 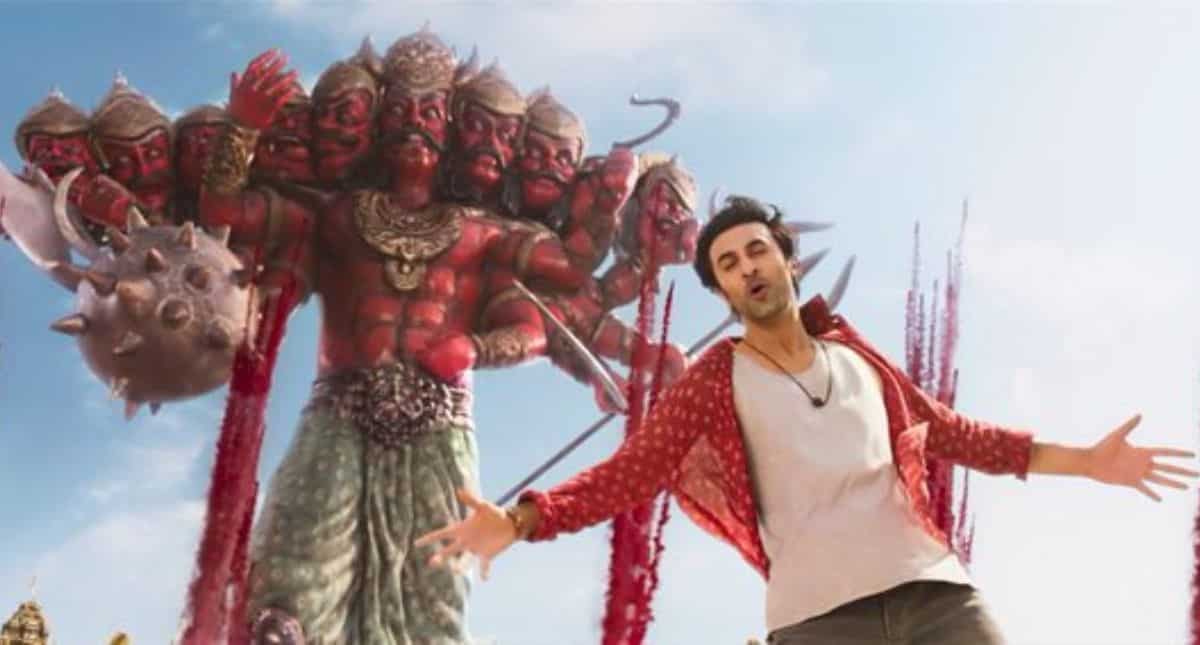 It is quite apparent that the writers borrow heavily from the west. Be it the screenplay that is inspired from Harry Potter and several Marvel films to even the dialogues, which perhaps were primarily thought in English and then translated into Hindi. Like ‘Brahmastra ki roshni tum dono ke saath rahe’ is literally ‘May the force be with you’ or ‘Roshni ki taqat mein vishwas rakhta hoon’ is ‘I believe in the power of light’. The characters are not well etched out and Mukerji’s character sketches remain half-baked. Ranbir Kapoor’s character asks a lot of questions but never answers any himself. The process of falling in love with Isha seems rather out of the blue. Considering Shiva is propelled by love, the script hardly concentrates on his love story with Isha. Sure, Isha is around always as a supportive girlfriend but it is never established what made the two fall in love in the first instance.

The special effects and music

While there are several flaws in the film’s writing, the VFX more than makes up for it. It is a visual extravaganza that Indian cinema has not seen. SS Rajamouli’s ‘Baahubali’ too was heavily backed by VFX but ‘Brahmastra’ perhaps takes it a step ahead. The second half especially is stunning.

The film’s music by Pritam too is praiseworthy. Each song- from ‘Dance Ka Bhoot’ to ‘Deva Deva’ to ever popular ‘Kesariya’ are beautifully composed and stays with you much after the film. The sons have also been shot really well by cinematographers Sudeep Chatterjee, Patrick Duroux, Pankaj Kumar, Manikandan, and Vikash Nowlakha.

The film is not performance-driven even though it has some prominent faces playing key roles. Amitabh Bachchan plays his usual patriarch in the film, and Mukerji underuses the crackling chemistry that his lead- real-life couple Ranbir Kapoor and Alia Bhatt share. As a matter of fact, the two actors are very underused. These roles could have been done by anyone, it did not need a Ranbir or an Alia to drive it forward. Mouni Roy, as the evil Junoon is the only actress who impressed me- but the dialogues deeply fail her too. Watch out for the interesting cameos that are spread over 166 minutes of the film.

The makers demand a suspension of disbelief while watching the film and thanks to its VFX, one wants to indulge in Mukerji’s vision. ‘Brahmastra’ got delayed multiple times because the director wanted the special effects to look a certain way and the hard work shows on screen. Sure, the story is incoherent on many occasions and this is Mukerji’s best writing haven’t we been indulging Marvel for years as it has released numerous films years after years. There is a fatigue that many MCU fans are facing in present times with repetitive stories and innumerable stand-alone films, and perhaps that’s why the introduction of Ayan Mukerji’s Atra-verse in ‘Brahmastra’ can satitae the craving of ardent superhero fans.

‘Brahmastra- Part One: Shiva’ is in theatres from September 9.