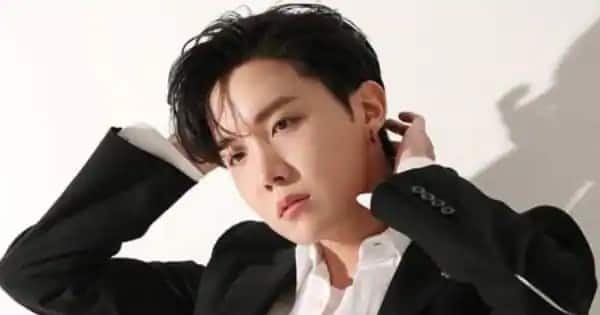 Whether in group or solo, BTS members are ruling the world and how. Currently, the band members RM, Jungkook, J-Hope, Jimin, Jin, V, and Suga are concentrating on their individual careers and are doing a fab job at it. J-Hope for sure is achieving great success. His latest solo song More is achieving great milestones. Within 12 days of its release, it has now made it to Billboard’s Hot 100 chart. The song which is a part of his The Jack in the Box album has ranked 82nd. Also Read – Ghum Hai Kisikey Pyaar Meiin’s Shruti aka Shafaq Naaz gets candid on body-shaming; says, ‘I can’t imagine….’

This is for the second time that J-Hope has made it to Billboard’s Hot 100 chart with his solo song. Last, it was in 2019 that he had scored a place on the list with his song Chicken Noodle Soup. Also Read – Thank You: Naga Chaitanya to be seen in three different roles; producer Dil Raju says, ‘Chay will remember this film for…’

It’s his second career solo entry on the chart, after “Chicken Noodle Soup” in 2019.

BTS, especially, J-Hope’s fans are pretty happy with this achievement of the young star. On Twitter, BTS ARMY is sharing congratulatory messages for J-Hope. Also Read – Erica Fernandez opens up of getting replaced in a project because she was too thin; reveals, ‘I still get…’

I love the song #jhope_MORE by #jhope! The upcoming album #JackInTheBox will be legendary! @BTS_twt

I’m in loving the song #jhope_MORE by #jhope! The new album #JackInTheBox will be so good! @BTS_twt

220712 [Info]
J-Hope joined Psy, Jungkook, Suga, and CL as the only Korean soloists to debut on the Billboard Hot 100 with more than one song ?
He achieved this with his songs MORE and Chicken Noodle Soup in collaboration with Becky G ?#BTS @BTS_twt pic.twitter.com/rYXMvabMqk

Now, the gang will be seen performing together again in Busan in October. It is further South Korea’s bid to host the World Expo 2030.