Skip to content
HomeEntertainmentBTS: Jimin-RM are K-drama addicts too and their Extraordinary Attorney Woo-style greeting is proof! 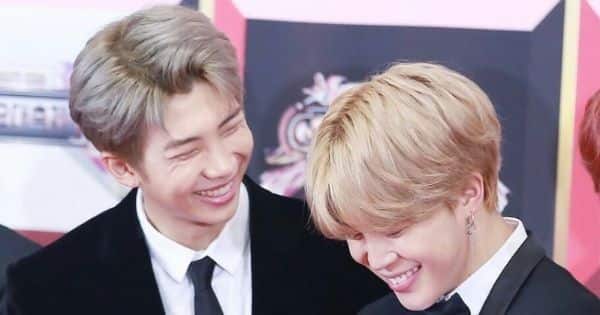 Park Eun Bin’s starrer ‘Extraordinary Attorney Woo’ has grabbed the audience’s attention over the past few weeks. Well, BTS members are no exception to this. BTS’ official YouTube channel on July 27 shared the latest video with J-Hope’s ‘Jack In The Box’ Listening Party Event Sketch’ in the title. Talking about the clip the BTS members showcased their support to their fellow member J-Hope at the special listening part for ‘Jack In The Box’ ahead of its solo album’s release. Before the event started, BTS member Jin asked RM, “Namjoon [RM], how do you say hi to celebs?” RM’s witty reply will win your hearts. “Just go to the celeb and say “Bang to the Tan to the Jin”, said RM. Also Read – Ahsaas Channa, Disha Patani, Tiger Shroff and more celebs who are a part of BTS’ Indian Army; check out full list here

Jungkook and V have been watching various dramas including Business Proposal, Twenty-Five Twenty-One, Our Beloved Summer and much more. Extraordinary Attorney Woo has been trending on the Hollywood news and how! Also Read – BTS: RM being the father of Bangtan Boys is the most adorable thing ever; ARMY, here’s an UNMISSABLE compilation video [WATCH]

Earlier, RM had mentioned ‘Extraordinary Attorney Woo’ on Weverse. He even revealed that he is currently watching the ENA series and said that the show was very funny.