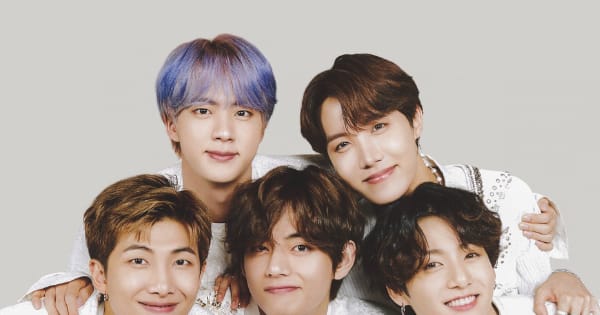 BTS and military enlistment has been a burning topic. The boys announced that they are on a group hiatus and would continue with solo activities for a while. Many felt this was because of the impending military enlistment. Now, South Korea’s defence minister Lee Jong-sup has dropped a statement, which is quite interesting. He has said that the boys can perform at global concerts in their enlistment period. The minister made this comment on Monday in the middle of a debate on whether military service for K-Pop stars should be shortened to three weeks. As of now, the period is close to two years. In South Korea, every able-bodied male in the age group of 18-28 must join the South Korean army. Also Read – Rangbaaz 3 review: Performances, franchise factor and more; 5 reasons why you should not miss Vineet Kumar Singh starrer

In December, Kim Seokjin aka Jin who is the eldest of the BTS boys will turn 30. He has to enlist in the military by January 2023. Before that, the boys will perform at the global concert in Busan which is a promotional bid for the World Expo in 2030. Since 2019, there is a revision due to which popstars can defer military service till the age of 30. As we know, military service is a must as the country has threat from North Korea, which is one of the top five nuclear powers in the world. Only few people have got exemptions or the chance to do a shorter service. They include Olympics and Asian Games medal winners and some classical musicians-dancer who win at prestigious international competitions like Chopin Piano Competition. Also Read – Ramarao On Duty: Ravi Teja’s fans slam the actor for ‘poor choices’; filmmaker Sarath Mandava locks his Twitter account

The Parliament is debating if a bill can be passed to shorten military service of K-Pop stars. The music industry rakes in billions for the economy in a year, and BTS is the biggest income generator. The pool of personnel resources in South Korea is decreasing due to low birth rates. This is due to a number of reasons ranging from cost of living to unwillingness of citizens to have babies. Also Read – Urfi Javed gets massively slammed for hiding her b**bs with her hands in this latest appearance; ‘bahut hi ganda style hai’

Now, Big Hit Music has not commented on this statement made by the Minister. He was quoted as saying in the Korean media, “Even if they join the military, there would be a way to give them a chance to practise and perform together if there are scheduled concerts abroad. As many people highly value (artists serving) in the military, that may help boost their popularity even more.” In April 2021, an official said that this uncertainly over military enlistment had caused mental stress to the Bangtan Boys. They are now doing solo work. We saw J-Hope’s solo album and his performance at Lollapalooza in Chicago, which was a huge success.

This news item has left BTS ARMY with mixed reactions. One of them commented on Twitter, “Like “you got to do your military service and also work at the same time, because we want you to serve the military but don’t want to lose the money that you bring to our country’s economy. We don’t care if you die of exhaustion as long as you bring us money and done your srvice”, while someone else wrote, “Wowww. This is this INSANELY SELFISH. They want them to be burned out of exhaustion for doing two things – mandatory military service and work – concerts which are both phyiscally and mentally exhausting. ARE YOU KIDDING ME?!!!!”

Bangtan Boys are seen globally as the pride of Korea. They have spoken twice at the UN, met Joe Biden to discuss anti-Asian hate crimes and their empowering music has boosted South Korea’s image in hundred ways.