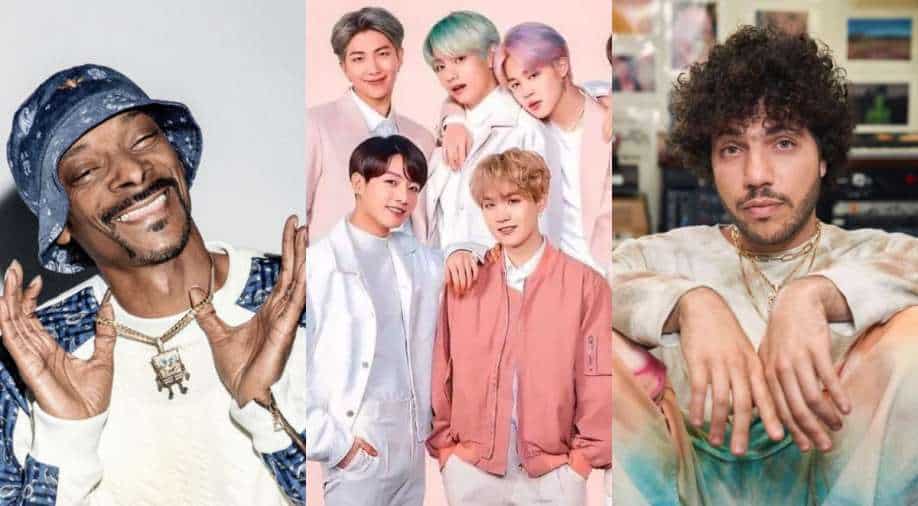 ARMY had been eagerly waiting for this collab. It had been in the news ever since its first announcement.

The rumours of their collaboration had been rife since a few weeks. However, Blanco confirmed the news by sharing a tweet on 20th July, which read, “it’s all happening… (sic)”. Check it out below.

The short teaser gives glimpses of behind-the-scene moments of the recording session. You can also listen to a small part of the peppy track in the video.

Back in March, Snoop had also confirmed his collab with the boy band in an interview with AV Club. He had said, “The BTS experience you keep talking about. I’m going to let them tell you about it. It’s official like a referee with a whistle. I love that entertainment world. It’s good music. It’s (a) vibe. I make good music. They make good music. And we end up doing this. This is what it’s always about, bringing our worlds together.”

Check out the viral teaser video of ‘Bad Decisions’:

this is how we made “Bad Decisions” 💜 @bts_bighit @SnoopDogg https://t.co/ZMLfftZbCK pic.twitter.com/JEhBAgxVWu

The song will be out on August 5 along with a music video.