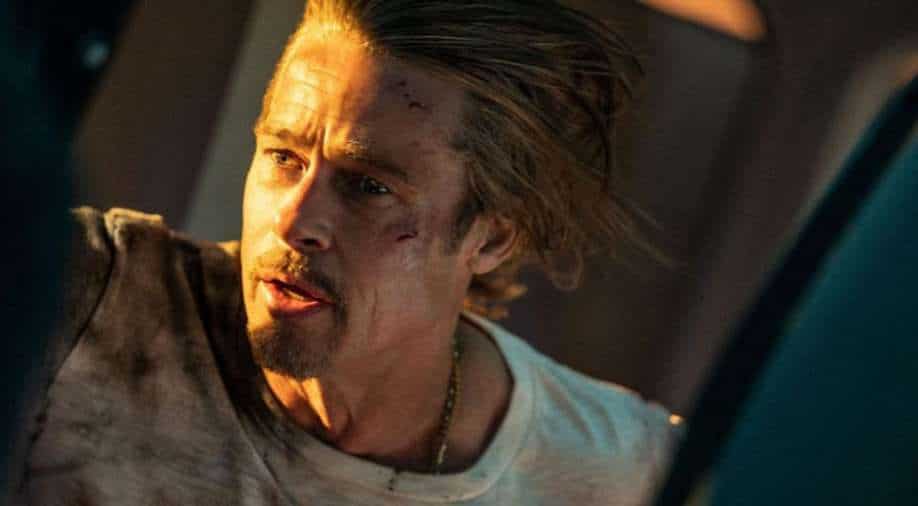 Director of films like ‘Deadpool 2’ and ‘Jon Wick’ series, David Leitch casts a gamut of stars in a new action-comedy called ‘Bullet Train’ which is based on a Japanese novel by Kotaro Isaka. The story may be set in Japan, but it is a mostly white-led cast with Brad Pitt playing the central character in the film. To call it an action film is, to put it mildly, the mayhem that ensues on screen right from the start. The result is a hyper-edge-of-the-seat thriller, that loses coherence early on but still keeps the viewers hooked.

What is ‘Bullet Train’ about?

A bunch of deadly assassins are onboard a bullet train from Tokyo to Kyoto. Each has been boarded the train due to different circumstances but all are eyeing a silver briefcase loaded with cash. Leading the pack is Ladybug (Brad Pitt) who has recently turned non-violent. His handler cum-therapist Maria Beetle (Sandra Bullock) gives him an easy job. He has to get on the train from Tokyo station, take the silver briefcase and get off at the next station. Looks like an easy job for a former assassin who has turned a new leaf but things begin to get complicated the moment he gets his hand on the said briefcase.

There are two other deadly assasins – the twins called Lemon (Brian Tyree Henry )and Tangerine (Aron Taylor Johnson), there is an angsty father (Andrew Koji) in search of the person who has pushed his young son off a tall building, a young school girl called the Prince (Joeyy King) who can fake cry at the drop of a hat, a Latino assassin in search of the killer who killed his bride and other guests at the wedding, a train crew member dressed as a Manga character (Zazzie Beetz) and even a deadly snake let loose whose bite can make people bleed to death within 30 seconds.

The mayhem that director David Leitch and Screenplay writer Zak Olkewicz unleash on screen is systematic yet chaotic in the larger picture. The twists keep coming in till almost the last half an hour of the film which provides thrills in plenty. The action sequences are stylised and may not make sense all the time but fit the narrative beautifully.

Brad Pitt is the star of the show

The screenplay infuses comedy and thrill in equal parts making it an enjoyable watch. Pitt plays a former deadly assassin who now uses arbitrary quotes of non-violence and inner peace amid the trickiest of situations. The actor, all of 58, hasn’t lost his charm one bit. You are convinced that his character has turned a new leaf, you want him to exit the train at the earliest and smile as he uses a modern Japanese toilet’s snazzy features to style his hair and you are almost convinced as he complains about his bad luck even though it is the other way round.

While Pitt is the star of the show and credibly takes the mad story forward, Aron Taylor Johnson and Biran Tyree Henry as ‘twins’ Lemon and Tangerine get the best moments. Almost like Thomson and Thompson of ‘Tintin comics’- the two share undeniable screen chemistry and make each of their scenes memorable. With an absolutely straight face, the two actors perform the best scenes. Another scene stealer is ‘Kissing Booth’ star Joeyy King who plays the most devious character of them all. ‘Bullet Train’ also has plenty of cameos from known faces like Ryan Reynolds, Channing Tatom and Michael Shannon who elevate the film to a great extent.

In the garb of organised chaos, ‘Bullet Train’ though becomes slightly monotonous by the end. The film runs slightly over 2 hours and after a point, I felt the action sequences seemed unending.

The film though still manages to keep you hooked till the end primarily because of its great cast who never let the film feel dull.

Should you be watching the ‘Bullet Train’? Yes, for sure as it has the charming Brad Pitt performing some insane stunts with absolute ease. Totally worth your money. ‘Bullet Train’ releases in cinemas on August 5.