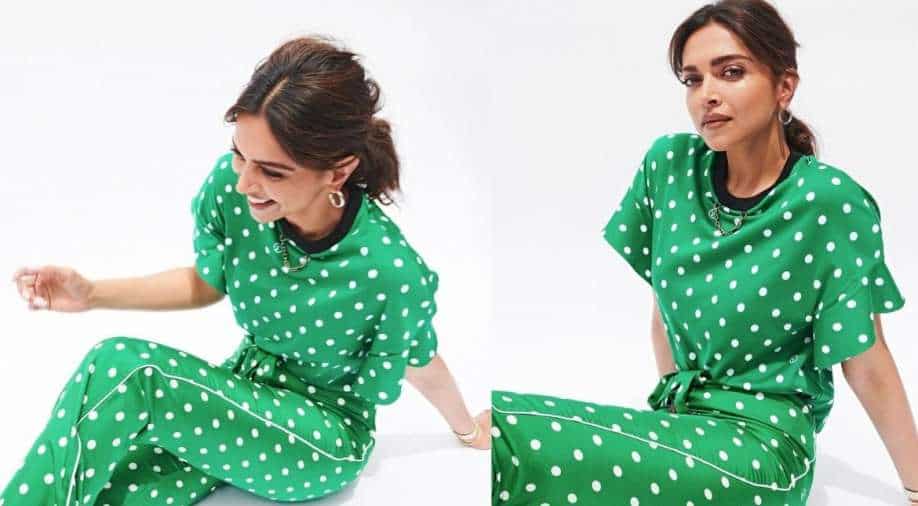 Bollywood star Deepika Padukone is making the nation proud at Cannes 2022. For years, she has been attending the Cannes Film Festival representing the cosmetic brand L`Oreal, but this year her aura at the Cannes became bigger. The actress was invited as a Jury member. The 75th edition of the French Riviera began on May 17th.

Taking to Instagram, the ‘Padmaavat’ actor shared a new picture and a video on Sunday showing her retro side and we are impressed.

As she smiled for the camera striking some candid poses, the actress looked adorable in a stunning Louis Vuitton green jumpsuit with white polka dots all over it. She accessorized her look with silver jewellery such as a chain, hoop earrings, and a bracelet. For the unversed, recently Deepika was chosen as house ambassador for Louis Vuitton.

Deepika’s makeup was flawless, and her brown lip colour complemented her look even more. Keeping her hair pulled back in a messy ponytail, the ‘Piku’ actress completed her look with a pair of white stiletto heels and of course, her ravishing smile.

Have a look at the pictures shared by Deepika:-

The actress has been sharing back-to-back pictures from Cannes and seems like she is swearing by Louis Vuitton.

Deepika Padukone shared her chick look posing from the streets of Cannes in a stunning dark blue turtle neck top and checked three quarter pants ensemble from Louis Vuitton. Needless to say, she nailed the look.

In another look, the actress wore a white graphic printed shirt with a hot pink skirt both from LV and this look too was uber class.

On Wednesday, at the inauguration of the India pavilion at the Cannes film festival, she spoke about how Indian cinema has come a long way. “I feel we have a long way to go as a country. I feel really proud to be here as an Indian and to be representing the country. But when we look back at 75 Years of Cannes, I have said earlier also that there have been only a handful of Indian films, and Indian talent that has been able to make it and I feel like collectively as a nation today we have it,” she said.

Meanwhile, on the work front, Deepika was last seen in director Shakun Batra’s ‘Gehraiyaan.’ After Cannes, Deepika has a super busy schedule as she will next be seen in Shah Rukh Khan`s comeback film ‘Pathaan’. The film, directed by Siddharth Anand, will also star John Abraham. She will also be seen sharing the screen for the first time with Hrithik Roshan in ‘Fighter’, which will be released in September of next year. She also has another film with Amitabh Bachchan, a Hindi remake of The Intern, while she also has a feature film with Prabhas.