Skip to content
HomeEntertainmentCannes 2022: Hina Khan’s outfit sketch LEAKED? This pic will increase your anticipation to see her on the red carpet 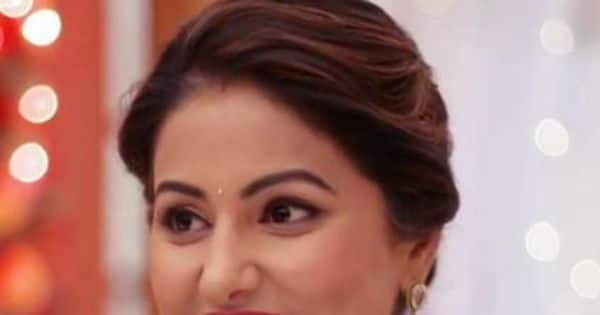 Cannes 2022 will start from May 17, 2022, and Hina Khan is going to walk the red carpet once again. The actress will be joined by Helly Shah. Indian TV fans are very excited at the prospect of seeing these two women together. Both of them are known for their talent, and are already giving out style goals on social media. Hina Khan is a bonafide fashionista and fans want to see what she bring on the table. Also Read – Sohail Khan and Seema Khan END their marriage after 24 years; couple files for divorce at the family court

Now, a picture which is supposed to be a leaked sketch of her red carpet outfit is doing the rounds on social media. The one who shared it has said that it is from a very reliable source. Take a look… Also Read – Imlie: Sumbul Touqeer’s emotional breakdown after Narmada’s shocking allegations make fans say, ‘Give Sumbul her Oscar, man’ [View tweets]

This is really exciting ?
Is Diva and the woman whose debut walk at Cannes 2019 and her appearance again at Cannes 2022 ..wearing this classy studded gown with detailed sequences ? no prize for guessing we r talking Abt #HinaKhan is she wearing it #Cannes2022 pic.twitter.com/8lYjBmvou6

Hina’s Cannes Outfit sketch leaked? Said to be one of the greatest works , This ‘fit is designed by one of the renowned Designers ever! A transparent metallic gown with 3D beads, feathers and diamonds into it!
•#Cannes2022•#HinaKhan• pic.twitter.com/xh1C3w9Jpo

The transparent metallic gown is supposed to be her chosen outfit. We wonder who is the designers. From the looks of it, the gown seems to be from Falguni and Shane Peacock. Hina Khan proved herself as a fashionista from her first outing where she rocked a gown with cape sleeves. Also Read – Anupamaa actress Aneri Vajani reunites with Yeh Rishta Kya Kehlata Hai’s Mohsin Khan after 8 years for a project [VIEW PICS]

For her last appearance, she had chosen a gown from Ziad Nakad. The Lebanese designer dressed her in a grey silver metallic gown, which was a total knockout. She also wore an Alin Le’ Kal gown that was a hit with the media. Other Indian celebs at the Riviera include Deepika Padukone, Nayanthara, Pooja Hegde, R Madhavan and Nawazuddin Siddiqui.