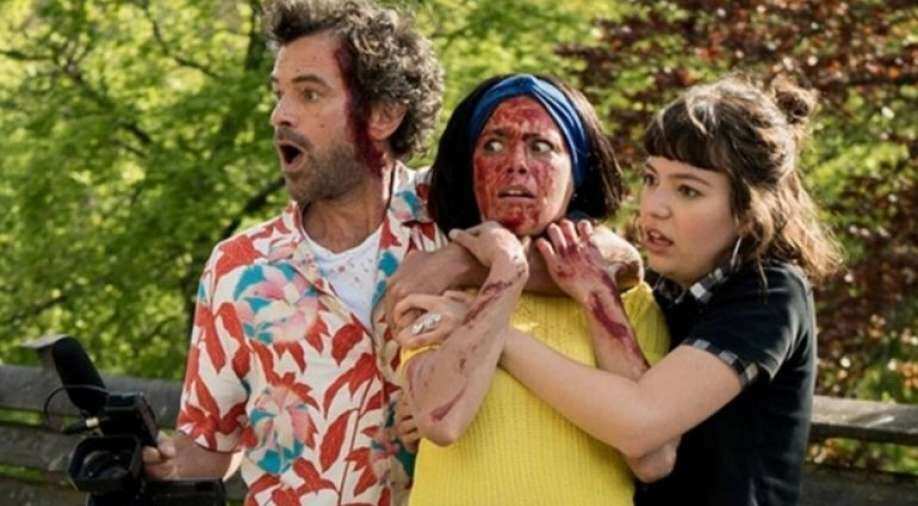 The Cannes Film Festival has a strong stomach.

Having handed its top prize, the Palme d’Or, to the blood-soaked ‘Titane’ last year, there is more horror on the slate for the 75th edition that kicks off on May 17.

Among the most anticipated entries is the return of body-horror maestro David Cronenberg with ‘Crimes of the Future’.

The new tale from the twisted genius behind ‘The Fly’,’Crash’ and ‘Videodrome’ is set in a future world where people undergo disgusting surgical alterations for the sake of art and sexual pleasure, starring Lea Seydoux and Viggo Mortensen.

The festival’s opening film is also an ode to the horror genre, though this time with a tongue firmly in its cheek — “Final Cut” is a pastiche of zombie films from the makers of Oscar-winning silent movie “The Artist”.

It is not a one-off. Cannes opened with another zombie comedy, Jim Jarmusch’s “The Dead Don’t Die”, in 2019.

Such veneration for genre films is much less common in Hollywood.

Only six horror films have ever been nominated for a best picture Oscar — “The Exorcist”, “Jaws”, “The Silence of the Lambs”, “The Sixth Sense”, “Black Swan” and “Get Out”.

But festivals have been increasingly open to gore.

“Film festivals like Cannes are renowned for exhibiting boundary-pushing cinema… and horror movies offer some of the most unique, inventive and challenging films,” Kate Robertson, a New York-based expert on cinema, told AFP.

That is certainly the case with “Men” from “Ex Machina” director Alex Garland and starring Jessie Buckley, which premieres in the Director’s Fortnight section at Cannes next week.

It uses horror tropes — home invasion, an inescapable village full of monsters and various revolting bodily mutilations — but deploys them for an ingenious and very contemporary story about a woman dealing with the trauma of a manipulative ex-husband.

“Horror is not just about entertainment. It can allow us to experience and resolve emotions, offer catharsis, consider our relationships and even our place in the world,” said Robertson.

Cannes has often sought entries to shake up its attendees.

The vomit and excrement of 1973’s “The Big Feast”, in which the protagonists attempt to eat themselves to death, disgusted jury president Ingrid Bergman.

The explicit rape scene in Gaspard Noe’s 2002 film “Irreversible”, praised and criticised in equal measure, was another horribly memorable moment in Cannes lore.

As was the sight of Charlotte Gainsbourg taking a pair of rusty scissors to her genitals in 2009’s “Antichrist”, which was met with boos and shocked laughter at the premiere, and earned director Lars Von Trier an “anti-prize” for “most misogynist movie”.

The victory of “Titane” last year, however, marked a new level of respect for the horror genre.

The film features a heroine whose body is infested by a mass of metal which grows in her belly, while she sweats and bleeds motor oil.

“I’ve always wanted to bring genre cinema or outlandish films to mainstream festivals so this part of French movie production would stop being ostracised,” director Julia Ducournau told AFP at the festival.

“People need to understand that genre cinema is a way to talk about individual people and about our deepest fears and desires in a profound, raw and direct way.”

It remains to be seen if “Titane” sets a precedent or remains an exception.

“The lack of consideration for this kind of film is reflected in the prizes,” said Robertson.

“Ducorneau’s win for Titane last year was a thrilling surprise for many and hopefully points to wider industry changes.”