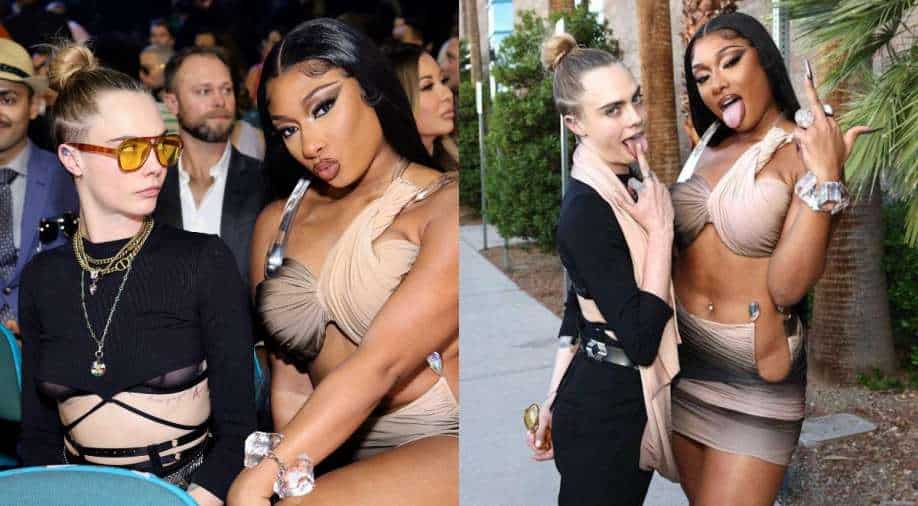 Model-turned-actress Cara Delevingne recently appeared on an episode of ‘The Tonight Show Starring Jimmy Fallon’ and spoke about the night she attended the Billboard Music Awards with Megan Thee Stallion. As she was already in Las Vegas, Nevada, the 27-year-old rapper invited Delevingne to attend the awards show. And, she agreed because she really wanted to see her play.

Talking about the ‘odd’ photos and how she ended up in the front row of the music awards show, Delevingne said, “I really wanted to see her play and she asked me to come along with her. I didn’t know I was going to go and sit or do anything, I thought I was just going to come and watch her play.”

Since several photos of the actress helping the rapper throw her dress’s train in the air for the perfect shot and pulling rather unusual faces were doing rounds on social media, Jimmy Fallon asked his guest to shed some light on what actually happened that day. In response, she said, “I was helping her and I was doing it, and I was going like, ‘Yeah girl!’ I was hyping her up, being a hype woman.”

“She had a speech she was going to do because she was winning an award, so I was helping her run her lines,” she said.

While talking about the ‘floor’ photos, she said, “That’s what I do, I was just really excited.”

“I was living my best life, but people found it a bit odd. People find me a bit odd, but that’s me. No shame,” she added.