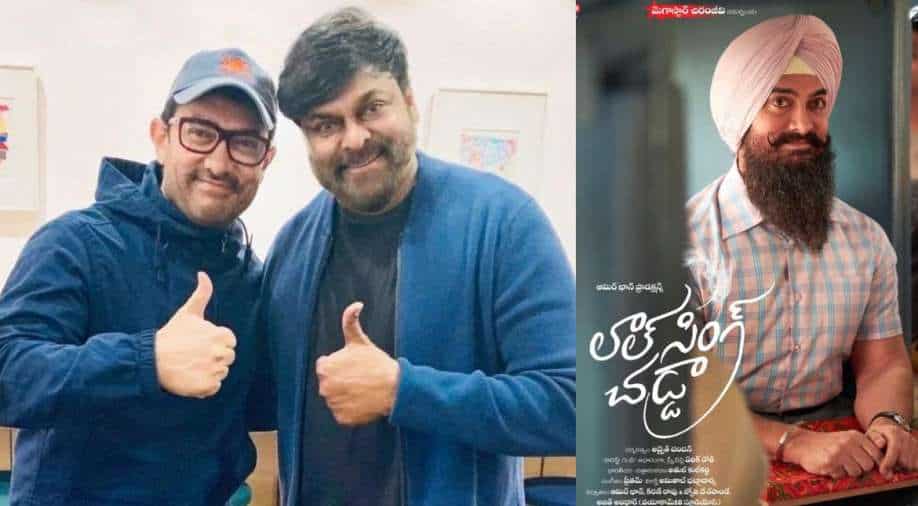 South star Chiranjeevi, who has been actively promoting Aamir Khan’s ‘Laal Singh Chaddha’ in Hyderabad and also unveiled the film’s Telugu trailer, recently sat down to talk about the movie with its lead star, along with Naga Chaitanya and Nagarjuna. A promo clip from the promotional interview for the film recently surfaced online.

In it, when Aamir is questioned by Nagarjuna about how he managed to get into the various looks of ‘Laal Singh Chaddha’, Aamir replied, “This transformation has been done by the VFX people.”

However, when Aamir made the statement, Chiranjeevi did not believe him and playfully asked that this part of the interview should be edited out. He said, “Edit this part out. I won’t believe.”

A few days ago, the film’s lead star, Aamir, organised a special screening for Chiranjeevi, Nagarjuna, Sukumar, and SS Rajamouli in Hyderabad.

Also Read: Laal Singh Chaddha: Not Tom Hanks, Aamir Khan was influenced by this actor while working for this film

In a video from the preview posted by Chiranjeevi on social media on Saturday, he was seen praising the film and hugging an emotional Aamir. In it, Chiranjeevi walked up to Aamir and shook Aamir’s hand before giving him a warm hug. At this, Aamir wiped a tear from his eyes.

Apart from Chaitanya and Aamir, the film also casts Kareena Kapoor Khan and Mona Singh in prominent roles. Helmed by Advait Chandan, ‘Laal Singh Chaddha’ is an official Hindi adaptation of the Academy Award-winning 1994 film Forrest Gump, which had Tom Hanks in the lead role. It is scheduled to be released on August 11 this year.