Skip to content
HomeEntertainmentChris Pratt remembers his Jurassic World co-star Irrfan Khan: ‘He was elegant, so powerful, such a rare combination’ 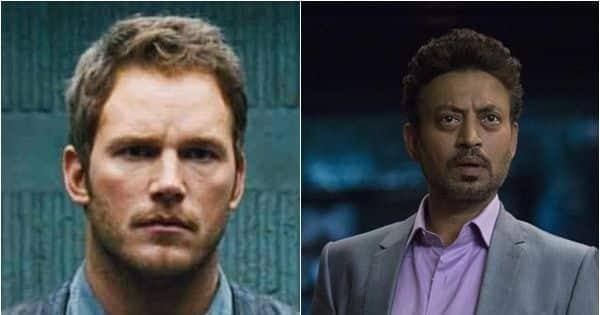 Irrfan Khan was one of the few Indian stars to seamlessly transition from Bollywood to Hollywood, while breaking the stereotypical barriers reserved for brown people in the West with his unconventional acting skills. He played pivotal roles in big budget Hollywood films like Jurassic World, Inferno and The Amazing Spider-Man. Following his death in 2020, Chris Pratt had paid his tribute to the Bollywood star. He has again remembered Irrfan in a new interview saying that the actor was elegant, powerful and a rare combination of strength in softness. Also Read – Trending Hollywood News Today: Amber Heard-Johnny Depp ‘putting on an act in court’; BTS’ Jungkook’s Stay Alive achieves new milestone and more

“He was just such an elegant man… like, down to his fingernails. There was just an elegance about him. He was also so powerful. It’s really a rare combination for there to be such strength in softness. And that’s what I would call elegant – he could do very little, and still, he would be doing so much. Just by his sheer presence, and his sheer charisma, that he would bring to a role. One tiny flick of an eyebrow, or one tiny little move, was so powerful (sighs),” he told TOI. Also Read – Salman Khan’s Tere Naam, Akshay Kumar’s Garam Masala and 7 more Bollywood movies we bet you didn’t know were South remakes

In 2020, Chris had taken to Twitter to mourn the loss of Irrfan. He had written, “So sad to hear about the passing of screen legend @irrfank Irrfan Khan played Masrani in Jurassic World. He was an exquisite actor and human. He will be missed.” Also Read – Irrfan Khan’s son Babil Khan says nepotism exists in Bollywood; reveals his father never credited his mother’s sacrifices

Irrfan was honoured in the “In Memoriam” montage showcased at the 93rd Academy Awards ceremony held in Los Angeles. He earned global recognition with his work in projects such as The Warrior, The Namesake, Slumdog Millionaire, The Amazing Spider-Man, Life Of Pi, Jurassic World and Inferno. He passed away on April 29, 2020 in Mumbai at the age of 53 after a two-year battle with neuroendocrine tumour.