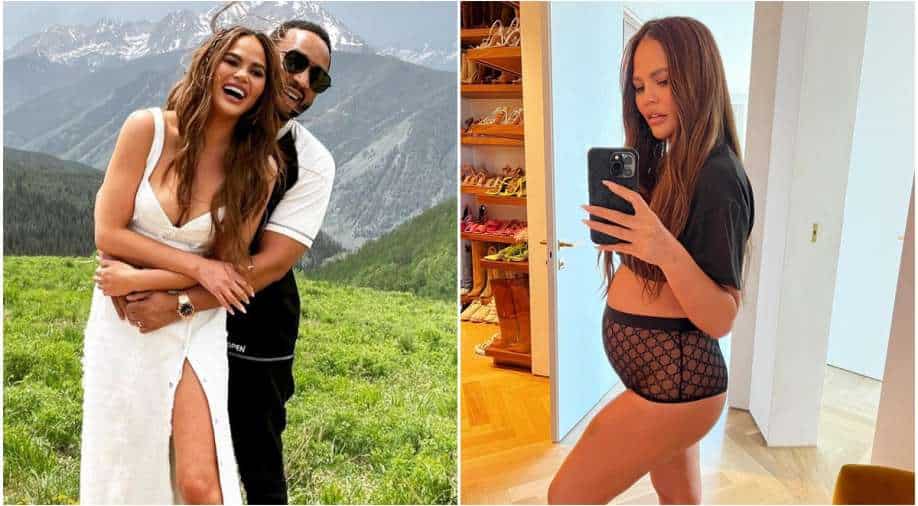 Model and media personality Chrissy Teigen has revealed her baby bump in an emotional new post on Instagram. The post has two photos showing her posing before a mirror. This will be the third child of Teigen from her husband and award-winning singer John Legend. This must be an especially affecting time for the couple since they lost a baby after Teigen suffered a stillbirth in September 2020.

In the caption of the post, Chrissy Teigen wrote that the tragedy of losing her baby still affects her and with a new baby on the way, she remains nervous.

“The last few years have been a blur of emotions to say the least, but joy has filled our home and hearts again. 1 billion shots later (in the leg lately, as u can see!) we have another on the way. Every appointment I’ve said to myself, “ok if it’s healthy today I’ll announce” but then I breathe a sigh of relief to hear a heartbeat and decide I’m just too nervous still. I don’t think I’ll ever walk out of an appointment with more excitement than nerves but so far, everything is perfect and beautiful and I’m feeling hopeful and amazing. Ok phew it’s been very hard keeping this in for so long!” she wrote.

Also Read: ‘Not a drop of alcohol in 365 days’: Chrissy Teigen celebrates one year of sobriety

Teigen and Legend, who live in Beverly Hills, first met in 2006 when they worked on music video for Legend’s song titled ‘Stereo’. They engaged in December 2011 after dating for four years. They tied the knot in 2013. Their first child, a daughter, was born in 2016 and second child, a son, was born in 2018.