Skip to content
HomeEntertainmentChristian Bale got anxious looking at Gorr comic book look, ‘Nobody wants to see me in a G-String’ 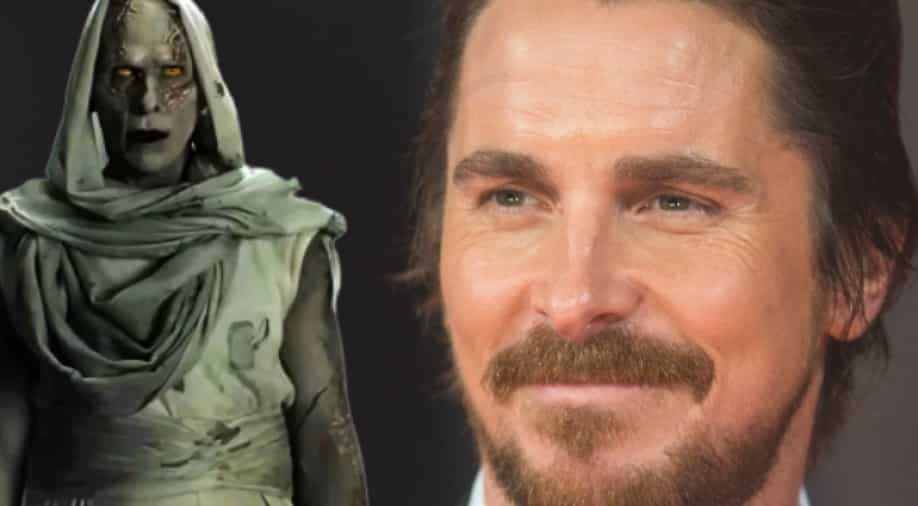 Chris Hemsworth’s one of the most awaited films ‘Thor: Love and Thunder’ has arrived in theatres, and as it was expected the film is getting a tremendous response from the audience at the box office. Apart from seeing, Chris reprising his role of Thor, and Natalie Portman as Lady Thor, one of the most exciting parts of the movie that all were looking forward to was Christian Bale and his villainous role of Gorr the God Butcher. Read Wion’s review here.

However, recently Bale has himself revealed that at one point he had thought about whether he should play this role or not after director Taika Waiti offered him the role, and the reason will surely give you hard loughs.

Bale, who had gone through many physical transformations for his film roles, told The Wrap during an interview that how he took some time to accept the role, because of Gorr’s G-string. yes, you read it.

Looking at Gorr’s comic book look where the character has a musculin body and only wears a G-string, Bale thought that ”there’s no point in working out at all because you can’t compete with Chris.”

During his interview, Bale said, “I did have a look briefly and said, ‘He’s got a G-string on. Nobody wants to see me like that,’”

‘Thor Love and Thunder’ is one of MCU’s worst movies. Here are the others

“He was also crazy musclebound in the comics. And I was in the middle of making another film where I was really quite skinny. I said, ‘Dude, nobody wants to see me in a G-string.’ And there’s no point in working out at all because you can’t compete with Chris.”

However, later they settled on a new version of the character, which was very different from a comic book – but was ”just as complex and scary’.

Marvel’s ‘Thor: Love and Thunder’ marks Taika Waititi and Chris Hemsworth’s second collaboration after 2017 ‘Thor: Ragnarok’. The film also brings back Tessa Thompson’s Valkyrie, Waititi’s Korg, and other gods like Zeus (played by Russell Crowe) and together they fight against the threat of Gorr the God Butcher (Christian Bale).