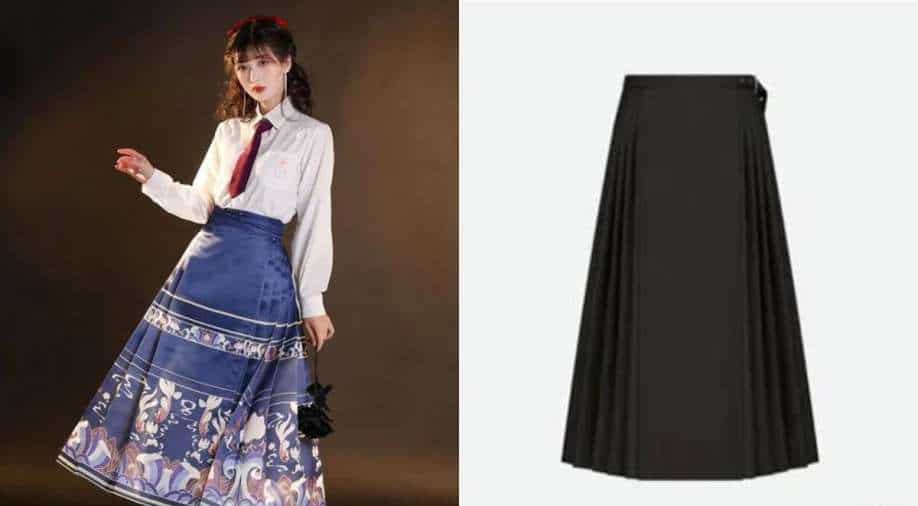 French luxury brand Christian Dior is facing backlash for their skirt design from their recent fall collection. They have been accused of cultural appropriation by Chinese social media users. Several protesters gathered outside a Dior store in Paris and shouted slogans against the brand.

The protesters claimed that their pleated skirt, which costs $3,800, was inspired by centuries-old traditional Chinese garment and the brand has failed to acknowledge the inspiration behind their design.

Reports suggest that the pleated wool and mohair skirt was very similar to a historic Chinese clothing item, known as Mamianqun or horse face skirt. However, the luxury brand advertised it as a “hallmark Dior silhouette.”

Horse face skirts aka Mamianqun date back to the Song dynasty and they were worn even during the later Ming and Qing dynasties. The design usually features pleated sides and also has openings at the front and back. This makes the garment well-suited for outdoor activities such as horse riding.

Earlier this month, Chinese netizens and state media outlets started accusing the luxury brand of “shamelessly” misrepresenting the skirt as an original creation. Last Saturday, a small group of demonstrators gathered outside a Dior store on Avenue des Champs-Élysées.

Also read: Mahabharat actor Rasik Dave passes away due to kidney failure at 65