Skip to content
HomeEntertainmentDarlings actress Alia Bhatt REVEALS she faced casual sexism; says ‘To hell with you, I am not being…’

Bollywood actress Alia Bhatt recently spoke her heart out about facing casual sexism and how random sexist comments made her feel annoyed and upset. Darlings actress Alia said that she did not realize the sexism when she heard random sexiest comments. But, realized it later. Alia even revealed that she gets annoyed and upset when women are told to hide their bras. Also Read – Alia Bhatt’s Darlings, Aamir Khan’s Laal Singh Chaddha, Akshay Kumar’s Raksha Bandhan and more; Bollywood movie lovers are in for a treat in August 2022

In a recent interview, Alia revealed how women are told to tolerate bad things in society. She revealed how she faced sexism on several occasions in the film industry. Alia told Mojo Story that she has faced casual sexism and many time she did not even notice it. She further said that she was not much aware about it and said ‘it just makes so much sense as ‘oh my god that was such a sexist comment, or that I was basically a subject of extreme misogyny in that moment. That’s why now I am so much more sensitive. Sometimes my friends go like ‘what’s wrong with you, why have you become so aggressive?’ Also Read – From Janhvi Kapoor to Ananya Panday: Star kids who openly spoke about prejudice against their privileged status 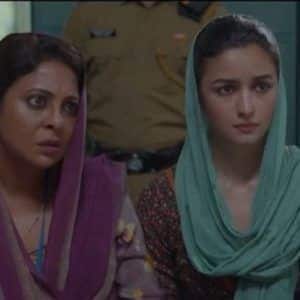 Alia said to hell with everyone and she is not being sensitive. She even said that she gets annoyed when people say these random things like ‘your bra shouldn’t be on a bed, hide the bra.’ Why hide it? It’s clothes, you’re flashing your underwear I am not saying anything. It’s not like it has happened with me actively, but there is a certain understanding of how you should hide a lot of things as a woman.’ Alia has been on the trending Entertainment News since her pregnancy news.

On their work front, Alia will be seen next in Darlings which is a dark comedy film. Alia will be playing the role of a female who will be seen taking revenge on her husband after suffering domestic abuse. The film stars Shefali Shah and Vijay Varma in lead roles. Darlings is scheduled to release on Netflix on August 5.