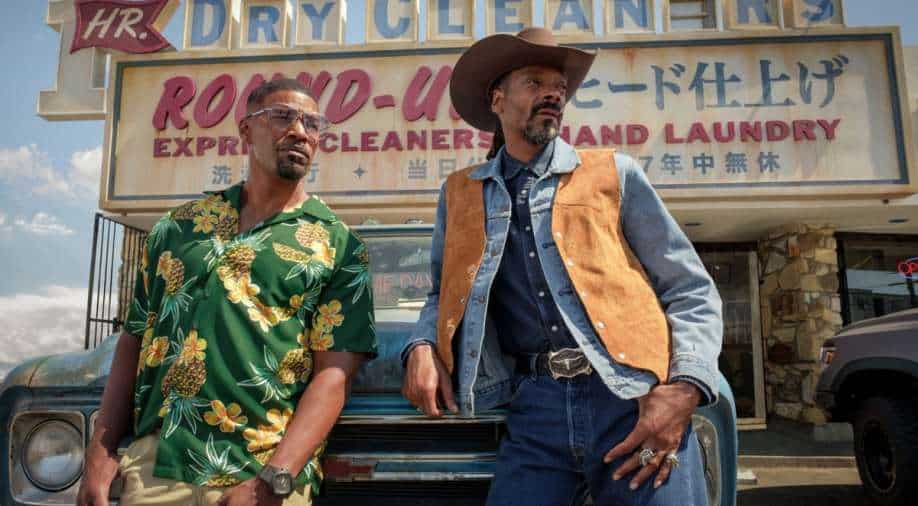 Netflix has released a trailer for ‘Day Shift’, a vampire action-comedy starring Jamie Foxx, Dave Franco, and Snoop Dogg. The film stars Foxx as a blue-collar worker who is really a vampire hunter belonging to a secret society called the ‘international Union of vampire hunters’.

The trailer shows Foxx’s character entering a house with the tools of his trade (swimming pool services), and then the hidden tools of his real trade (vampire hunting) — pistol, shotgun, and so on.

As he seeks out the inhabitant, he spots an innocent-looking old woman, who demands to know what he wants. He shoots her, and she gets up, letting the audience know she really is a vampire. It doesn’t take too long to kill her, indicating that Foxx’s character has been at it for a while.

But his boss at the union is miffed that his vampire kills are always full of “incidents”. Snoop Dogg appears to be a friend of Foxx’s character, while Franco plays a rookie, who is having trouble keeping the contents of his stomach inside due to gory things transpiring before him.

The film is being directed by stunt coordinator JJ Perry and this is his directorial debut. Judging by the trailer itself, the action scenes looks fantastic, as befits a film being directed by a stunt coordinator called Perry. Overall, the film looks much better than we expected. Apart from action, it also features a lot of humour and banter, particularly between Foxx and Franco’s characters.

“Jamie Foxx stars as a hard-working blue-collar dad who just wants to provide a good life for his quick-witted daughter, but his mundane San Fernando Valley pool cleaning job is a front for his real source of income, hunting and killing vampires as part of an international Union of vampire hunters,” says the official synopsis.