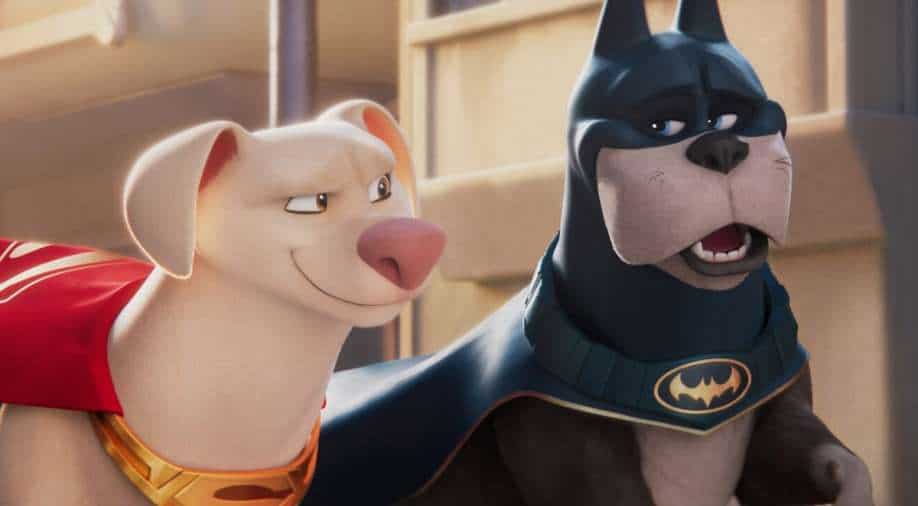 DCEU, or the DC film universe, such as it is, has been in the doldrums for quite a while. The people in charge cannot seem to figure out how to build a unified cinematic landscape as the rivals at Marvel Studios have done. It is even stranger when you think the individual movies, particularly the recent ones, have been mostly pretty good. It is just that the characters do not seem to play well with each other, something Kevin Feige’s MCU succeeded in. ‘DC League of Super-Pets’ is an animated movie that appears to have only a tangential connection to anything else in DCEU and its heroes are the pets of Justice League and not the Justice League members themselves, but it proves that DC comic book characters can also shine if there is a coherent vision behind it.

Is ‘DC League of Super-Pets’ any good?

Granted, ‘DC League of Super-Pets’ is an animated film and most (but not all) of its jokes are targeted towards the younger DC fans. But it tells a nicely paced story, a lot of heart, is action-packed and the laughs more often than not land. Krypto (Dwayne Johnson) is a superpowered Labrador who came to earth with Superman (John Krasinski) after their home Krypton was destroyed. They together fight crime and take down baddies who are threatening Metropolis. However, things sour, from Krypto’s perspective anyway, when Supes gets himself tangled in a romance with fellow Daily Planet reporter Lois Lane (Olivia Wilde).

Assuming that Krypto needs a friend to overcome his jealousy, Clarke Kent takes him to an animal shelter. But of course, Krypto does not think he wants friends no other animal on earth has superpowers like him. But when Superman and the Justice League get captured and Krypto loses superpowers thanks to a generous dose of Kryptonite, it is up to Krypto to find help to rescue his friend. The ‘help’ comes in the form of the animals at that animal shelter, who are not superpowered due to a substance called orange Kryptonite.

Inspired by ‘The Secret Life of Pets’?

‘DC League of Super-Pets’, to be honest, has a pretty straightforward script with little deviations and surprises. The end is fairly predictable. But the humor, action, and stellar voice-acting keep the events transpiring on the screen interesting. The film owes a lot of fun interplay between its four-footed characters to ‘The Secret Life of Pets‘, and chances are if you love that film, you will like ‘DC League of Super-Pets’.

And here, there is an added bonus of superpowers here. They are extremely well-realised. Animals flying and shooting laser beams from their eyes will never be funny, but there is a sense of grittiness to the action here. This film was entirely made on computers, but fight sequences are top-notch and truly majestic at times. In many ways, the film can teach the directors in its live-action counterparts in DCEU something.

‘DC League of Super-Pets’ is better than ‘Justice League’?

It sounds incredible as I write this, but I had more fun with ‘DC League of Super-Pets’ than I had with ‘Justice League’ — either the original theatrical release, which I was neutral to, or ‘Zack Snyder’s Justice League’, which I loved.